The novelty, capable of driving three screens, can in fact be interpreted as an alternative version of the Venus UM690.

Minisforum’s latest mini PC is called Venus UM773, and under the “hood” is an octa-core AMD Ryzen 7 7735HS This SoC APU is powered by Radeon 680 IGP. 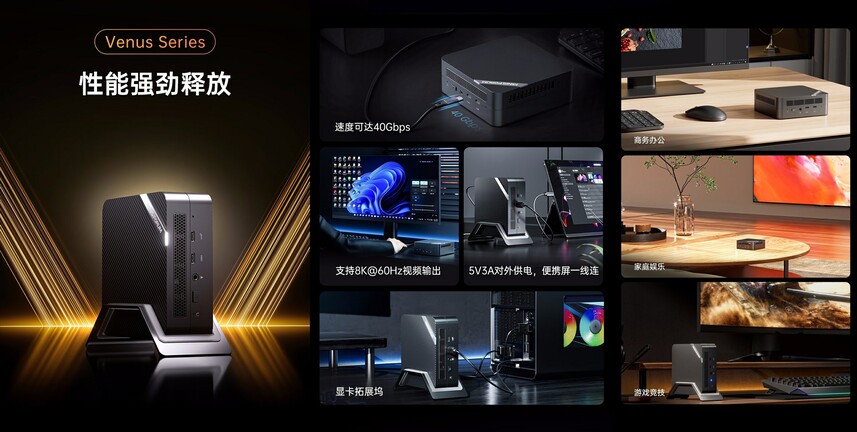 Concealed in a vented enclosure, the motherboard can house up to 64GB of memory clocked at 4800MHz effective clock in two SO-DIMM DDR5 sockets, and our onboard external storage is provided by an M.2 2280 slot. Supports PCI Express 4.0 interface. Of course, that’s not all, since inside the device there is also space for a 2.5-inch SATA disk, equipped with active cooling (heatpipe), while the Wi-Fi and Bluetooth module can be inserted into the existing M.2 2230 E-key connector. 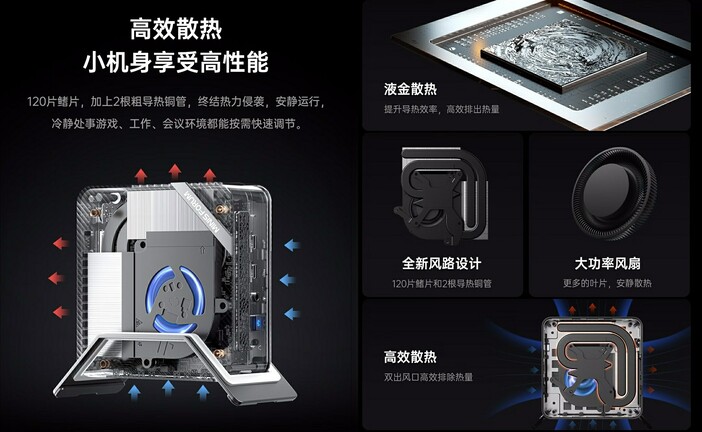 On the front is a USB4 Type-C port capable of transmitting a video signal at 40Gbps, 8K/60Hz, and a USB 3.2 Gen2 Type-C port along with a 3.5mm jack, a built-in microphone, and a clear CMOS key, while on the back, a Place two HDMI outputs plus four USB 3.2 Gen2 Type-A sockets next to 2.5 GbE. The external 19V transformer is of course responsible for the power supply. 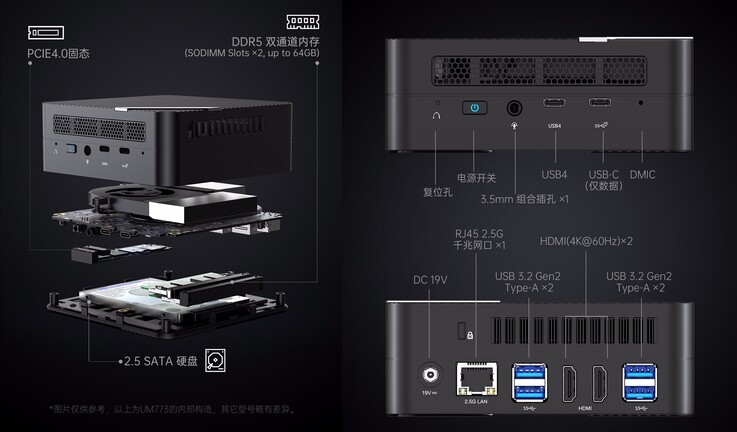 Thanks to the included stand, the small 128 x 127.6 x 48.2mm device can be used comfortably not only lying down, but also standing, but VESA mounting is also among our options. For now, the iron with the respective pricing is just that on jd.com It is listed and three types of packaging are mentioned; In addition to the stripped-down version, there are configurations with 2 x 8 and 2 x 16 GB of RAM, the latter two also coming with a 512 GB SSD and Windows 11.