STI E-RA is the name of the track that Subaru will show at the Tokyo Auto Salon. At the moment, it is a study vehicle, but it is planned to be further developed and published from 2023 onwards.

With its unusually shaped car, Subaru is apparently trying to build the futuristic sports car. The proportions are also correct: since it is electric, it does not need a large motor housing. The end result is a car that’s roughly made up of a cabin and four wheels – as if part of a mid-engined long-range race car had simply been abandoned.

The reason is simple: four relatively compact electric motors are used here, but their combined power reaches 800 kW, or 1087 horsepower. The four motors are powered by a 60 kWh battery. The entire driveline is a development for Yamaha and uses advanced torque-correction technology, meaning that with precise control of each drive, the drivetrain is also involved in steering the vehicle and making the most of the traction. 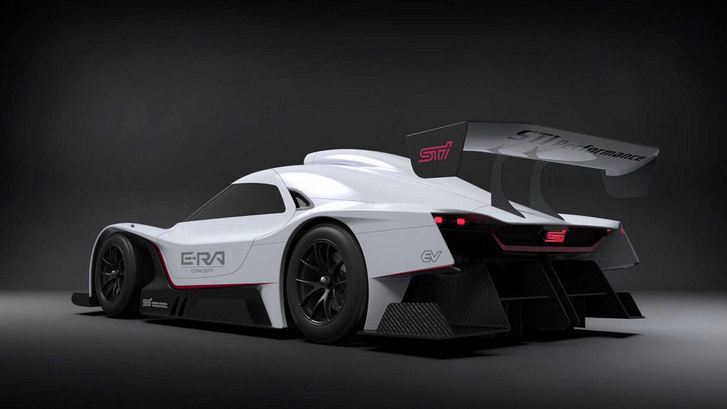 The concept car actually reminds us of the VW ID.R, where they set records after winning the Pikes Peak. We haven’t heard from Subaru yet that it’s going to launch the E-RA in a mountain race, but the track record decision is among their plans.

The electric racing machine is said to be on a stage by 2023 to be sent to the Nürburgring, where the goal will be to run a time of less than 6:40. Although this won’t be a record, it won’t hit the ID.R 6:05 time, but it could be a realistic goal for engineers and will give them the opportunity to try out new developments, which will later be used in the electric Subark, Toyota and Yamaha.

In any case, it wouldn’t be surprising if Toyota President Akio Toyoda, who is a true Nürburgring fan and has already started on the legendary track as a passenger named Morizo, will appear throughout the project. As a major shareholder and major partner in Subaru, Toyota will give itself a chance.