Pendulum shock absorbers have been used in passenger cars since 2008 to reduce torsional oscillations, and they are now widely used. The success of the product can be attributed to the fact that the damping effect of the pendulum, especially at low speeds, increases in proportion to the load on the engine as a result of the physical principle. This allows the engine to run at lower speeds, which saves fuel and reduces emissions.

In the first half of this year, the ten millionth shock-absorbing pendulum was completed at the Scheffler Savaria CVT plant in Zombathely.

Products range from 1 to 4 kg and can be up to 300 mm in diameter. With regard to the arrangement inside the dual-mass flywheel, a distinction is made between a shock-absorbing internal pendulum – which is located under the arc spring in a space-saving manner – and an external shock-absorbing pendulum, which is placed next to the arc spring. The latter is able to further smooth out torsional oscillations due to the high moment of inertia. There is hardly any heat loss during operation because the throttle pendulum effectively absorbs and dissipates the oscillating portion of the mechanical energy provided by the motor, thereby damping the drive chain. 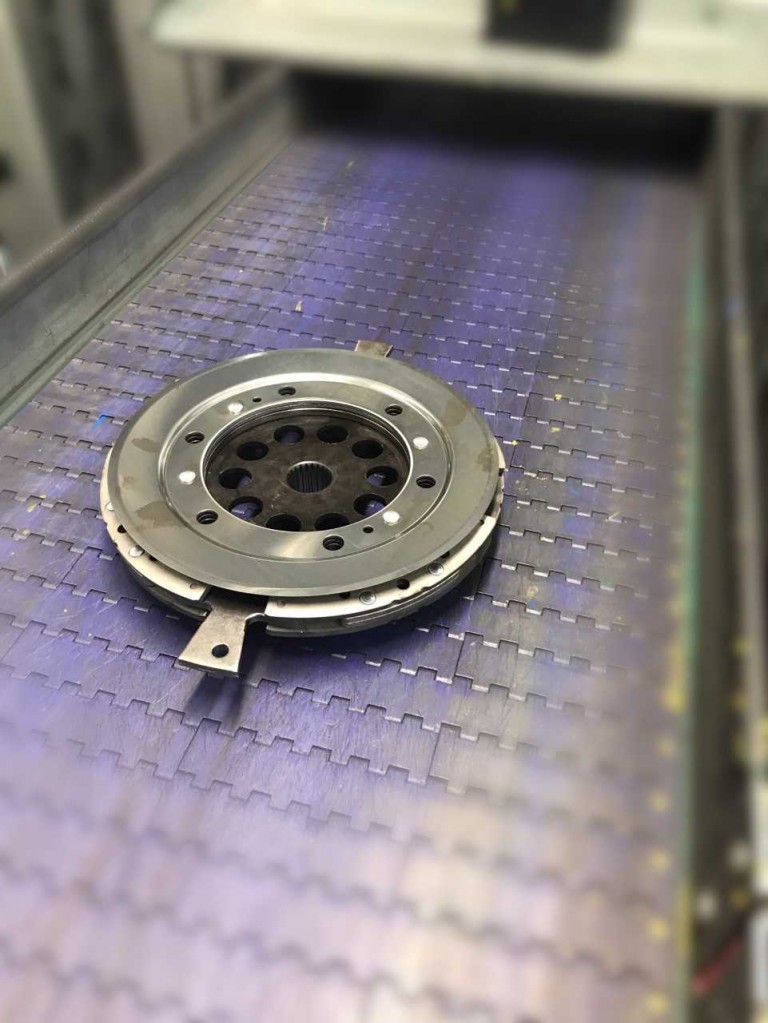 A dual-mass flywheel can save an average of 14% more fuel than a conventional system, while a system with a throttle pendulum can save an additional 9%.