Movie news – With Daredevil getting a reboot series on Disney+, many are wondering if Born Again is related to the Netflix original series. Here’s everything you need to know about it.

In 2018, to the chagrin of many, he canceled the series Daredevil starring Charlie Cox. For as long as the series lasted, it seemed like the fan-favorite comic book hero would finally be part of the Marvel Cinematic Universe — until the series was canceled to the shock of fans and Cox. Season 3 of Daredevil ended with Matt Murdock convincing Wilson Fisk to go to prison in place of his wife, Vanessa. According to Newsweek, many fans felt the series ended in a relationship with the X-Men — another franchise that has long been rumored to finally become part of the MCU.

After a three-year hiatus, Cox reprized the role of Matt Murdock in Spider-Man: No Way Home.

Fans couldn’t help but express their enthusiasm for the MCU reboot or an upcoming movie, especially after a long-running petition for Cox to officially join the franchise. Now, Disney+’s recent announcement of a Daredevil reboot, Daredevil: Born Again, as a sequel (sort of) to the Netflix series, provides plenty of hope and excitement for the character. The question is, of course, to what extent and form is Daredevil: Born Again connected to the Netflix original series?

Does Netflix count as an MCU canon?

During his three seasons on Netflix, Daredevil has explored the disturbing underworld of the criminal gangs in Hell’s Kitchen. Instead of fighting aliens coming out of a portal or the gods of Asgard, Matt Murdock was fighting the crime lords who rule New York from the shadows. Matt may be a lawyer by day, but at night his sense of justice is very violent.

The Netflix series was darker and more subtle compared to the recent MCU films, which seemed like a trip to Disneyland by comparison.

Other Netflix series have similarly featured other members of The Defenders, such as Jessica Jones and Luke Cage. Every Netflix series has hinted at the broader scope of the MCU, from headlines in Karen Page’s desk reporting on Battle of New York from The Avengers to jokes about heroes in Jessica Jones. However, on the MCU canon issue, the shows were conspicuously absent from the MCU timeline guide when they moved from Netflix to Disney+ earlier this year.

It is said that Daredevil: Born Again will draw inspiration from the Frank Miller comic story of the same name, which details Matt’s downfall and his subsequent attempts to rebuild himself, both on a personal level and as a hero. Not much is known about the Disney+ series beyond its expected Spring 2024 release date, but there is a direct, albeit subtle, link to Netflix’s Daredevil season 3. Set after The Defenders, where Matt was thought to have died, Daredevil Season 3 showed viewers a character slowly trying to rebuild himself.

At this point, Daredevil: Born Again could serve as a simple reboot of the Netflix series.

In the end, the title of the Disney + series is a kind of play on the character that was born in a new franchise. At the same time, it is worth remembering that there are other characters from the Marvel series from Netflix on Disney +, further strengthening the relationship between the two franchises. 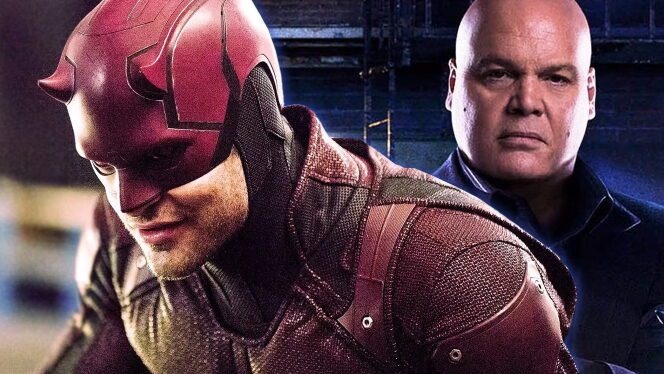 The return of Wilson Fisk

In the Disney+ series Hawkeye, Vincent Donofrio reprises his role as Wilson Fisk, Kingpin, who appears to have just come out of prison. As Ronin’s former employer, Hawkeye’s vengeful ego, Kingpin played a pivotal role in the series. However, her terrifying presence at Hook far exceeded Kate Bishop and Clint Barton. The character of “Wilson Fisk’s Adopted Daughter” was Maya Lopez, who eventually took on the role of Echo. It has since been confirmed that Wilson Fisk will return from D’Onofrio to Daredevil: Born Again.

See also  Courtney Hengler, 43, is the best bombshell in her hit series on Netflix in little black pants.

Perhaps it would be more appropriate to start from the fact that the new series regards the old as canon, at least as far as itself is concerned; At the same time, in a kind of soft replay mode, it is ready to change the events of the past, if this requires new twists in the story.