Humans aren’t the only ones that consume CBD these days as it has also found its way into the diets of our pets, especially dogs, and cats. This is no surprise as man and other animals suffer from anxiety and stress; both of which are part of the main health issues that can be treated with cannabidiol.

Because of how widely known cannabidiol is, it may seem as though its use has been around for a while. The use and study of this chemical compound is relatively new when compared to how long-ago cannabis, its source, was discovered. As a matter of fact, scientists are still uncovering the benefits and possible side effects of this compound on humans.

While some studies have been done on its effects on dogs, there have been no official research conducted on how it affects a cat’s health, either positively or negatively. Nonetheless, many cat owners that have included cannabidiol in their pet’s diet have reported that it works fine in relieving pain and lowering their cat’s anxiety levels.

How is CBD Different from Marijuana?

You might be wondering if cannabidiol is any different from marijuana and whether it is safe for you as a person and your pet. This hesitation is normal and quite common as a lot of people are yet to fully understand the difference between the two. For better understanding, let’s briefly examine the cannabis plant.

The cannabis sativa plant has two popular species which are hemp and marijuana. Both of these plants contain CBD and tetrahydrocannabinol (THC) in varying quantities; CBD and THC are two of over 100 known cannabinoids that can be found in cannabis. Hemp is mostly made of CBD and has a percentage composition of THC that is less than 0.3. Check out https://www.medicalnewstoday.com/articles/hemp-plant to learn more about the hemp plant.

Marijuana or weed as it is commonly called, on the other hand, contains mostly THC but also has a low percentage composition of CBD. As you probably know, marijuana has earned quite the reputation for being a psychoactive plant and THC is mostly responsible for this; it causes the “high” people experience when they consume weed.

No, cannabidiol will not cause a high, in case you’re wondering because unlike THC, it isn’t psychoactive. Therefore, you can administer it to your pet rest assured that you beloved cat won’t begin exhibiting any funny behaviors. This confusion is one of several reasons some people are yet to fully trust CBD products.

From what we’ve said so far, we can see the clear difference between cannabidiol and marijuana. But for more clarity, cannabidiol is a non-psychoactive chemical compound that is extracted from cannabis while marijuana is a specie of the cannabis plant that has an active psychoactive ingredient known as THC.

So far, from the administration of cannabidiol to cats, no major side effect has been reported except for upset tummies that is mostly caused by high dosages administered to pets. Based on observations of veterinarians and other cat experts, CBD consumption appears to be safe for these feline creatures.

What is CBD Oil?

CBD is available in many forms and oil is one of the most common forms. It is mostly extracted from the hemp plant, although, some are derived from marijuana as well; this is something you’d want to confirm before making a purchase. You should consider consulting animal experts before picking any CBD product for your cat. You can go to Holistapet to learn more about making the right choice for your pet.

There are two main types of CBD oil, namely:

Full spectrum cannabidiol oil contains CBD and every other cannabinoid, including THC, terpenes, and fatty acids that are naturally found in the cannabis plant. During extraction, the oil passes through all the cannabinoid filtration and extraction process without any of the cannabinoid being removed.

You should know that while the full spectrum oil does contain THC, it does so in a proportion that is incapable of causing a high. That said, it may show up in a saliva drug test, but since your cat won’t be taking any drug tests, you have nothing to worry about.

The full spectrum oil is highly effective as it contains all the necessary cannabinoids and many chemical compounds that have healing properties. For instance, terpenes which is also a component of the cannabis plant is known for its anti-inflammatory properties. 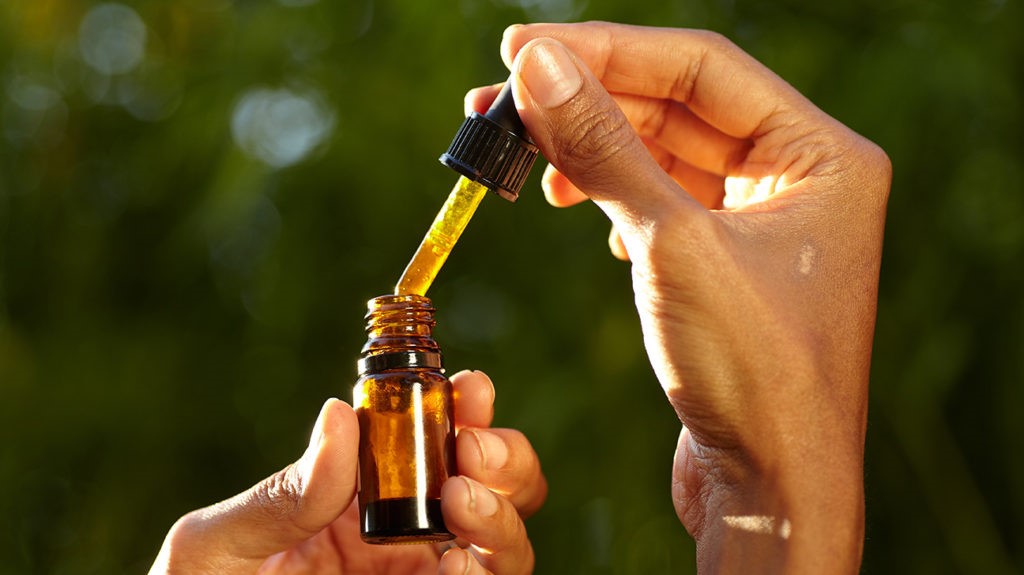 The broad-spectrum CBD oil is in-between the full spectrum oil and CBD isolate. It contains every other cannabinoid and chemical compound that can be extracted from the cannabis plant except tetrahydrocannabinol. This isn’t to say that it is any less effective than the full-spectrum oil, so, do not write it off just yet.

It was created to serve people who wanted a product that is entirely free of THC, so, you’ll most likely get the same effects as you would from its counterpart. This makes it a perfect option for cat parents who do not want their pet to consume even the tiniest bit of tetrahydrocannabinol.

It is worth mentioning that broad-spectrum oils aren’t as available and easy to find as full spectrum even though they go through roughly the same extraction process; the only difference being that THC is extracted at the final processing stage of one. Click here to learn more about CBD isolate.

Benefits of CBD Oil for Cats

There are several health benefits that cats can enjoy from consuming CBD. One is that is has been proven to relief different types of pain. It also highly effective in treating inflammation, seizures, anxiety, and arthritis. According to some cat parents, their pet’s overall wellness improved after they started consuming cat CBD products.

It is recommended that you do not administer cannabidiol oil directly as it has a funny taste that your pet may dislike. The best way to go about this is to add a few drops to your pet’s food so that the taste is disguised.

You should take care to avoid giving your cat a high dosage as this can cause stomach upset. As a rule of thumb, start with small dosage and take note of your cat’s reaction before upping the dosage as deemed necessary.