The cornerstone of the new wing was laid at the Szent László Kindergarten in Oradea at a ceremonial location on Monday morning. Church leaders and laity praised the initiative which will greatly increase the capacity of the school with support from the Hungarian government, as well as provide state-of-the-art facilities for children.

Before laying the groundwork for the short church ceremony held at Saint Joseph’s Parish Church, Laszlo Boksky, Bishop of the Roman Catholic Archdiocese of Oradea, emphasized that the existence of the kindergarten and nursery indicated the future, in particular the need to expand it.

By laying the groundwork, it is certain that “Yes, we will have a future, because we want to do so until this future is shaped by us according to God’s will and plan,” said the bishop of the district, who knew this was the fifth such event in the diocese, “Not only for our societies to survive these times, but for development, wealth and prosperity.”

According to László Böcskei, it is a matter of grace that many important church events have taken place in the past few days, noting that Miklós Soltész, Minister of State for Church and National Relations in the Hungarian government, announced that the Carpathian Basin in Oradea on Thursday opened a new kindergarten for the parish Lutheranism in Oradea under similar festive conditions in the afternoon, and Monday could see the expansion of the Roman Catholic Kindergarten in Saint Ladislaus.

“I am excited about these occasions, which are not just about joy, but about work, commitment and what is very important to highlight, work together. It is good for us to know that they think of us in the motherland and do not turn to us from time to time for help, but rather invite us Also, to take well-thought-out measures and create the opportunity to strengthen the basic institutions of our societies, Böcskei said. According to him, there are opportunities to expand institutions or build buildings into schools, kindergartens and churches, but this is just the beginning. 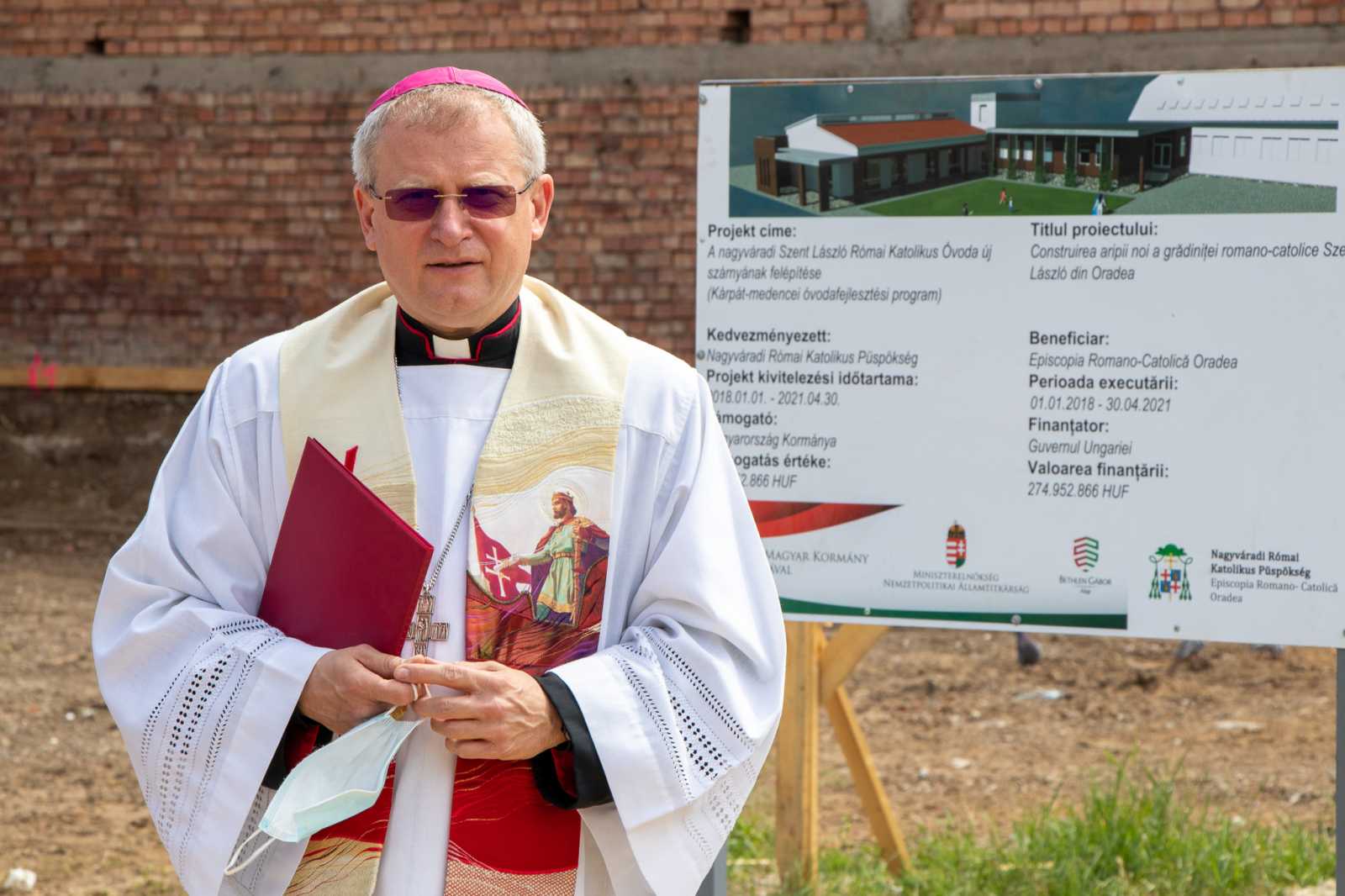 “This is only the first step, which must first and foremost awaken the sense of responsibility for a clear vision and take the second and next steps, so that these buildings are filled with life and the dynamic and lively life in them will fulfill God’s plan for us in our life… for the benefit of society.” The bishop of Oradea affirmed: “Kindergarten, school and church is a place where we not only nurture our values, but also want to transmit and inculcate them in the hearts and souls of children so that they can meet them. In life such values ​​enrich them.” 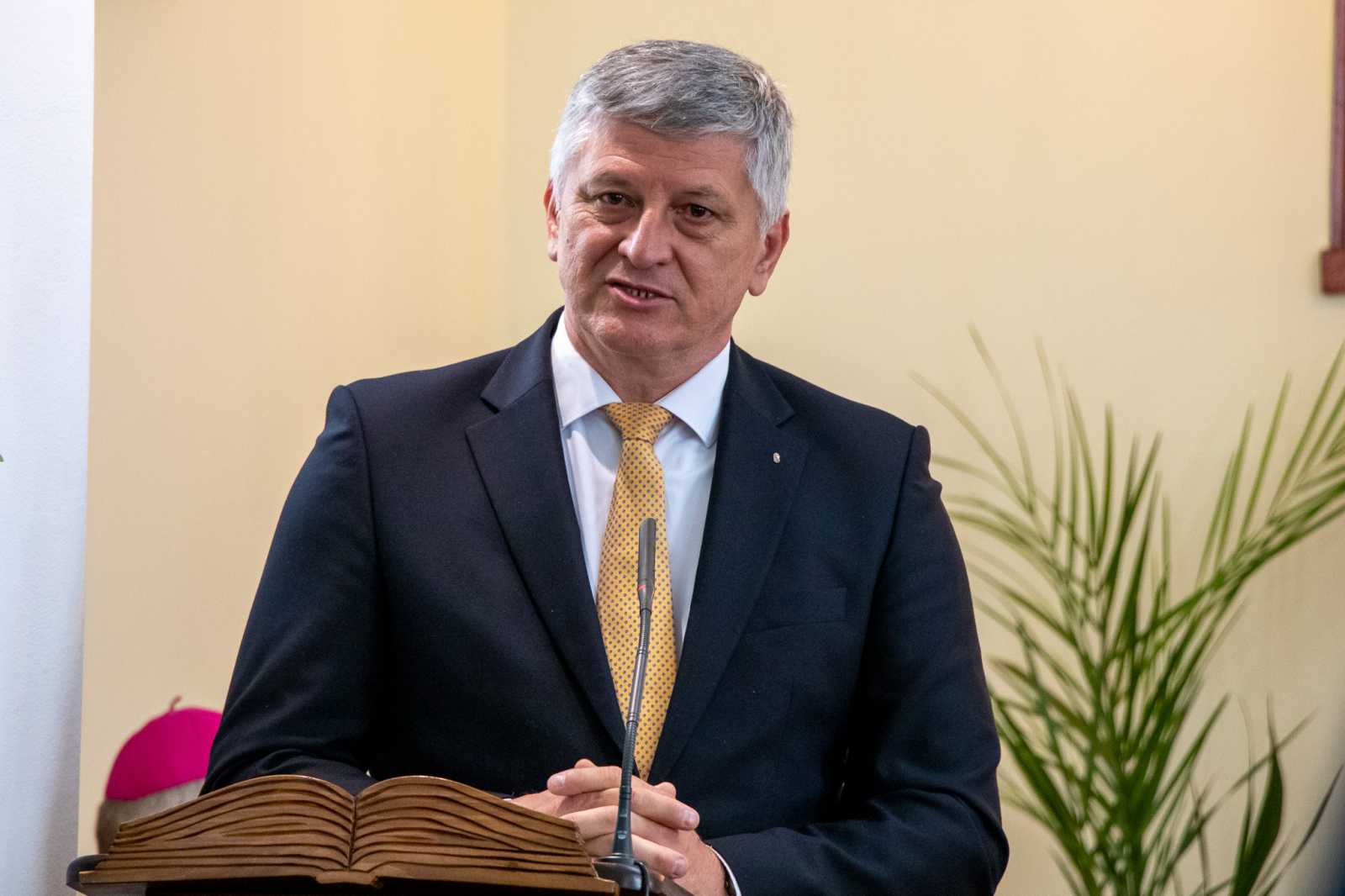 István Grezsa, Ministerial Commissioner responsible for coordinating the kindergarten development program in the Carpathian Basin, who was present on behalf of the Hungarian government supporting the construction of the kindergarten, confirmed that once the foundation stone is laid for some reason, there will be more Hungarians in Oradea. He also welcomed the attendees, Catalin Demeter, Consul of Cluj-Napoca, followed by Catalin Konrad, Principal of St. Ladislaus Roman Catholic Theological Seminary.

According to the head of the parent institution of the kindergarten, another dream will come true, because as the institution expands, not only will there be more space available, but they will be able to provide the most modern conditions for the children. He said that there are now ten teachers in kindergarten and three nannies working in the institution, who teach and supervise more than a hundred children every day.

She also thanked Emese Szabó, director of Szent László Kindergarten, for the investment, then Bishop Böcskei blessed the time capsule and bricks with the help of two children in the kindergarten, which was set aside during the renovation of the bishop’s mansion in which the foundation stone was to be laid. 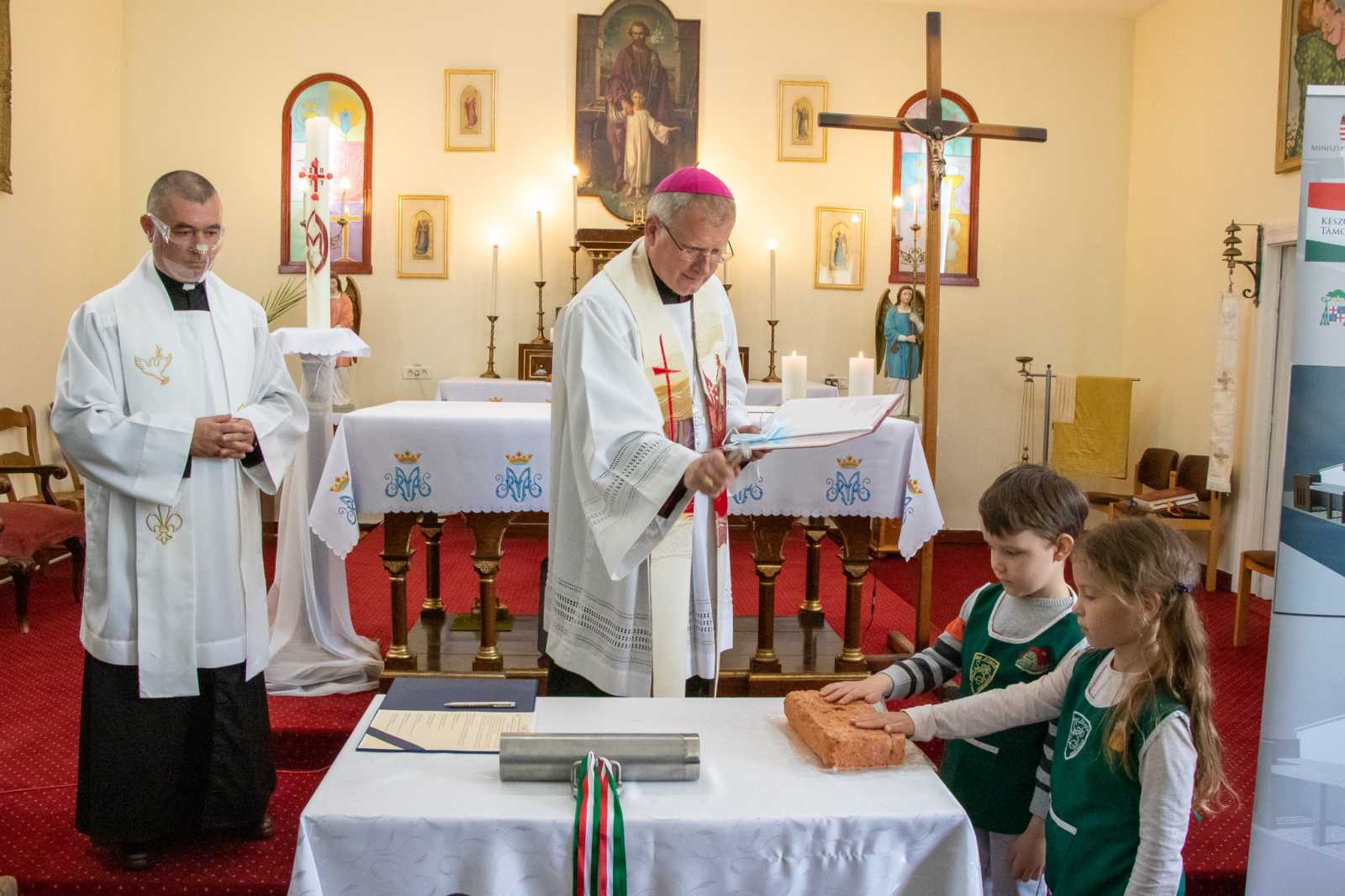 The Hungarian government supports the expansion of the Szent László Kindergarten with more than 270 million Ft. The new wing of the building will be able to accommodate about one hundred and thirty children, and a training pool has also been planned. 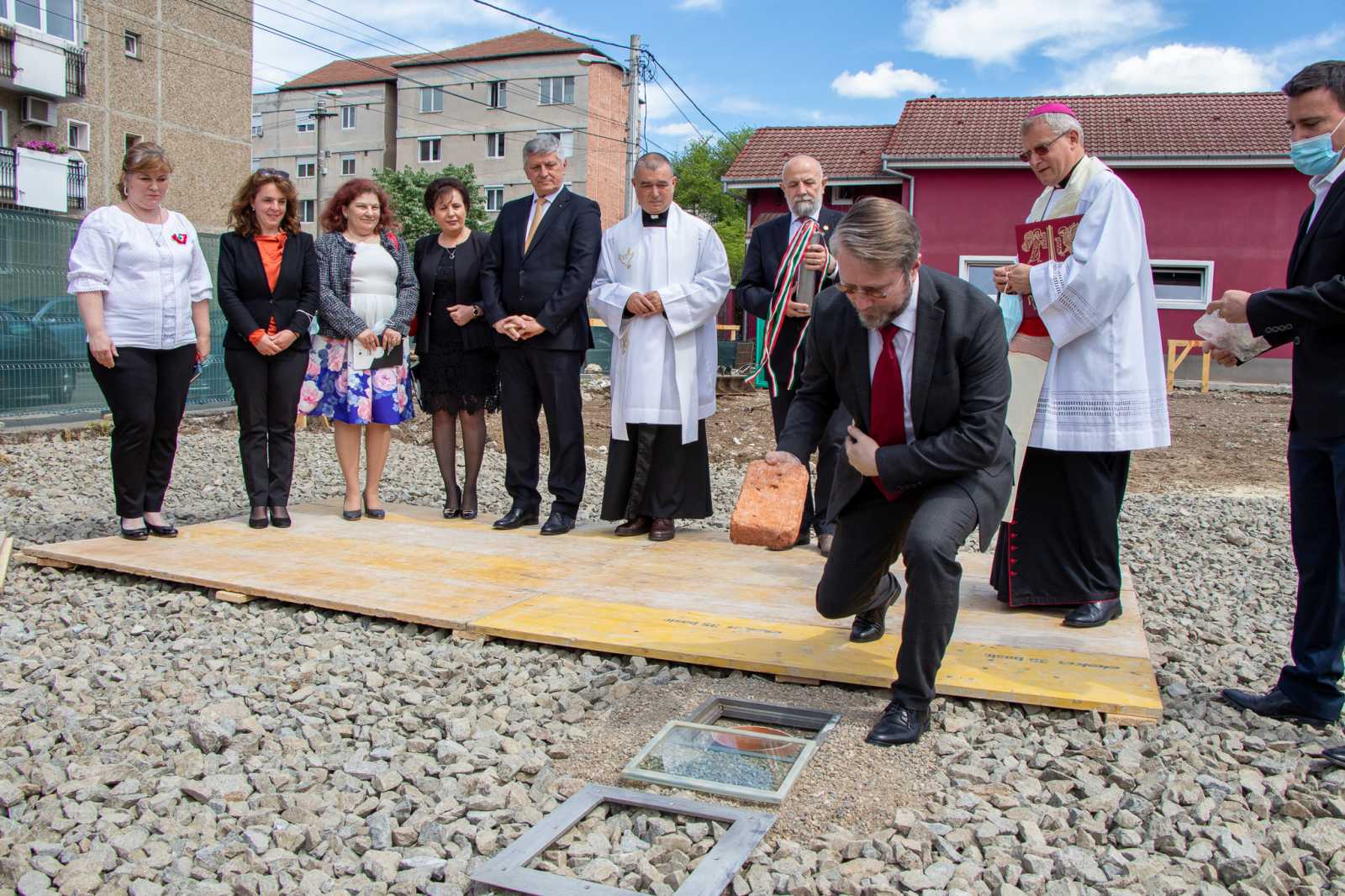