Mars is getting closer and brighter

The red planet can be seen from early evening in November, in the constellation Taurus, with very bright and clear shades of red. It will be closest to Earth on the last night of the month (November 30 / December 1), and its brightness will continue to increase until the opposition of the 8th of the first week of December. Since it is high in the middle of the night, it is worth targeting it with binoculars, we can also see its surface with a larger binoculars.

On the last night of the month, the light will have to travel only 4.5 minutes between Earth and Mars, and its brightness will exceed the brightness of all stars, and only the currently invisible Jupiter and Venus will surpass it. The Red Planet has another exciting event in store at the beginning of December, but we’ll be writing about it in upcoming celestial phenomena.

Leonids is back again this year with a weak maximum

Leonids are among the “reputable” meteor showers, but they owe this good news to the fact that they sometimes produce brutal volcanic eruptions. Well, that kind of thing isn’t going to happen this year, and it won’t happen for another 75 years or so. The swarm’s parent orb is the periodic comet 55P/Tempel-Tuttle, which returns to the Sun’s circumference every 33 years, and on these occasions leaves dust particles behind. In an ideal state, the Earth passes through the densest clouds of pre-separated dust particles accompanying its orbit, and when this happens, famous meteor eruptions occur. However, it is important to know that even in this case, newly separated particles, i.e. in the same year, do not play a role in meteors that can be detected, but even centuries ago. Moreover, on the one hand, this dust is not evenly distributed in the orbit, and on the other hand, it spreads over the years and even moves, especially if the gravity of other planets interferes with the distribution during orbit. 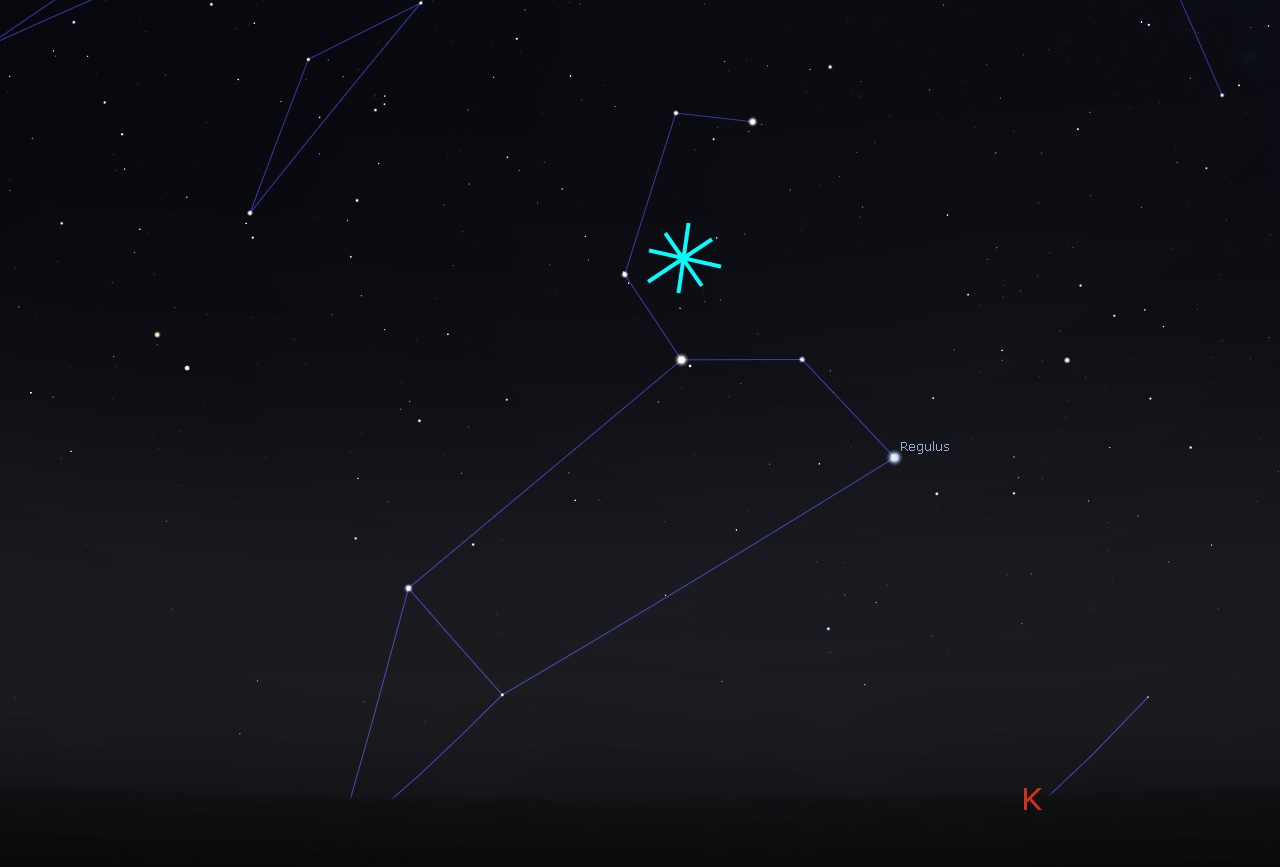 The average frequency of swarm meteorites follows a comet’s 33-year period, when the comet is here, there are most Leonid meteorites (not new, but due to clumps of former dust particles), and then their number rapidly decreases. The last time the comet approached the Sun was in 1998, almost 25 years ago, and the next time will occur in 2031. However, these numbers alone do not say much. It should also be taken into account what happened to the dust particles since they were expelled from the comet as it approached the sun. For this, let’s imagine the comet’s orbit: its approach to the sun revolves roughly around the Earth’s orbit, while its distance from the sun reaches Uranus. The orbital plane of a comet is slightly different from the orbital plane of the planets, which is important because the planet’s gravity also affects the position of the particles. In our case, the significance of this is that based on the relationship between the planets and the cycles of dust particles that generate meteor showers, it is possible to calculate how many Leonid meteorites each year and when we can meet them.

I have written the above details simply so that we can peek at the not so simple situation, which is beyond prediction of maximum meteor showers. Meteorologists examine in detail when the dust emitted during each approach to a comet, for example, comes into contact with the gravitational pull of giant planets, and try to calculate what kind of effect this encounter had on the dust. From these calculations we get forecasts, often with a great deal of uncertainty, from which it becomes clear hour by hour exactly when an additional period around the maximum meteor shower can be expected.

For this year’s maximum Leonids, the expected activity is a particularly weak width, which means that on the eighteenth day, at the maximum expected in the pre-dawn hours, we can see 5-6 Leonids meteors per hour, which start around the “neck” From the constellation Leo, and they are fast. For such activity at dawn in November, even die-hard meteor fans would reconsider the uprising.

However, in addition to the maximum, based on the calculations detailed above, another short-term outdoor activity can be expected, that is, on November 19 (that is, the day after the dawn of the maximum), according to calculations, around 7 in the morning – in Hungarian conditions this already falls After sunrise. So it’s not certain we’ll see anything of it even if the sky is clear and conditions are perfect for observing. then one In 1733, a can of powder was disposed of It crosses the Earth’s orbit, which, according to the calculations of two experts, can be indicated by the number of meteors more than 50 or about 200-300 per hour, and also by lines brighter than average. If it is dawn on the 19th, then it is definitely worth getting out, just in case we encounter the beginning of the eruption in the bright sky, but do not expect meteors to fall by the hundreds! Since this increase in activity is expected to start very suddenly (i.e. it is no longer an activity that starts hours earlier and gradually increases), if we stay on the sobriety floor, we probably won’t notice anything around it. People who live in the west of our country can count on getting something out of sight.

The conjunction of the crescent – the Sabika dawn on the 21st

We are looking for Sickle 9% in the lower part of the southeast sky after 4 a.m. Spica, the brightest star in Virgo, will be 3 degrees away from it. However, you do not have to get up early to see them, they can be observed until 6 am, when the moon is already at 20 degrees, a bright bluish-white spicate can be seen to the right, a little lower.

At the dawn of the 22nd crescent 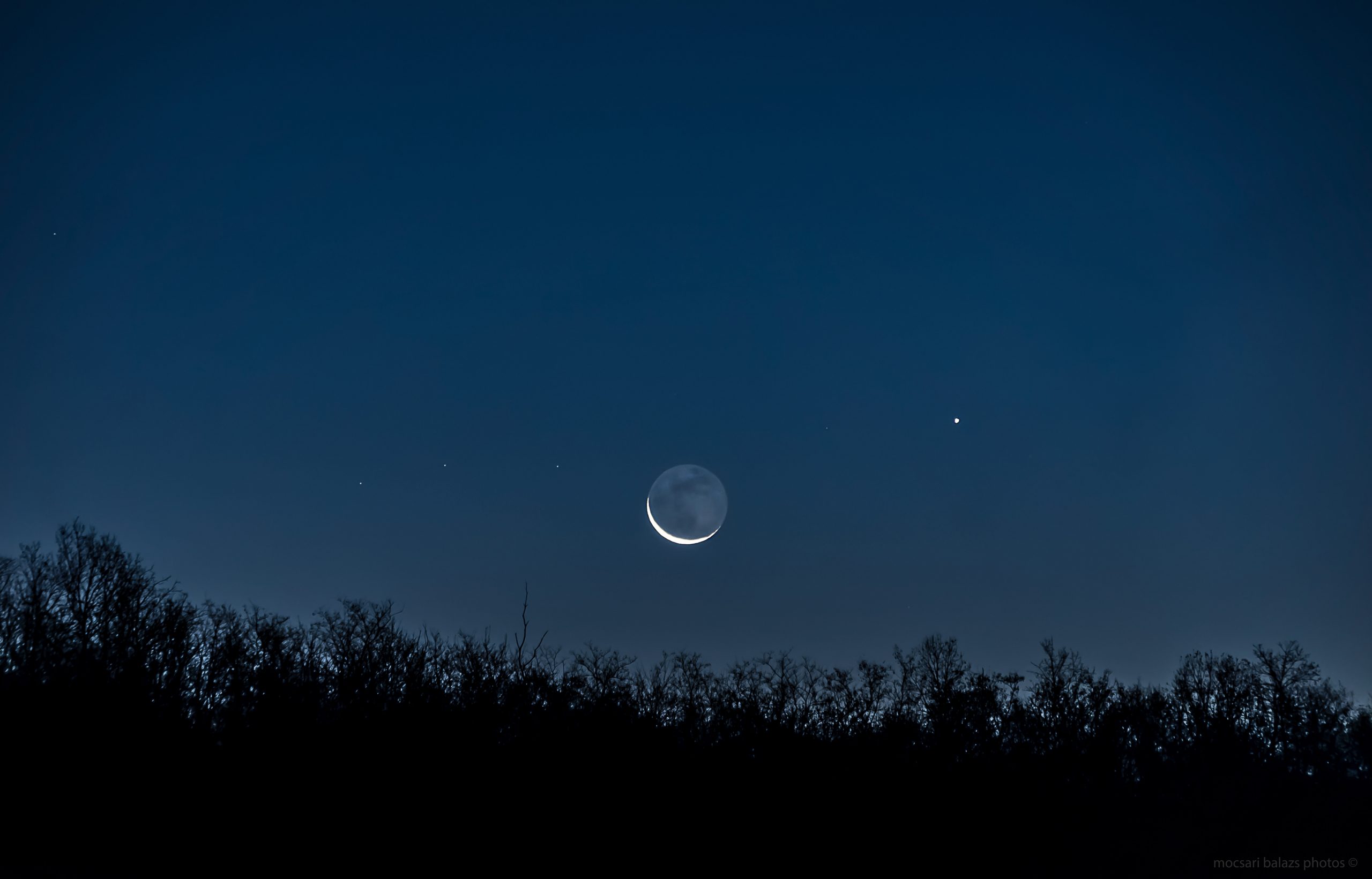 On this day, the crescent moon will rise only 3.9 percent in the southeast sky, and the moonrise will be at 4:42 at our eastern border, 4:54 in Budapest, and 5:03 in the west. On the sickle, in the case of clear weather, you will also be able to see the glare of the light of the earth: perhaps the moon is more beautiful at this point, when it is already very thin, but the sickle itself is still clearly visible, and the light of the earth strikes.

On the 25th and 26th of Alkonyi Crescent 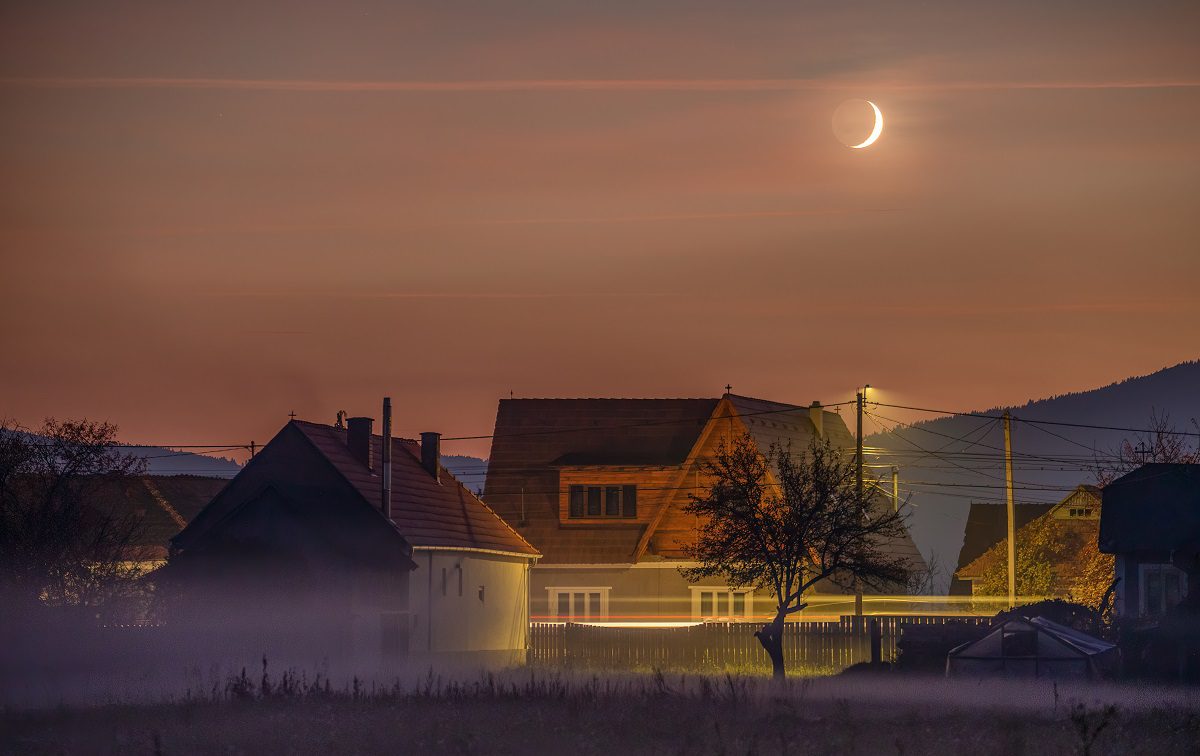 During the winter half year, observing the twilight crescents is very difficult, since the apparent path of the moon forms a small angle with the horizon, and the usual wet weather at this time does not help either. If conditions are right, we look for the sickle beneath the southwestern sky. On the 25th of the month, the perfect time to see it is 16:34 on our western border, 16:23 on Budapest, and 16:11 on our eastern border. The sickle will be 4 percent illuminated at this dusk and we should be looking for it at only 2 degrees. On the 26th day, we can see the machete with 10% brightness, at an ideal observing time at 6 degrees, so there will be a higher chance of seeing it. The ideal time would be 16:39 at our eastern border, 16:50 in Budapest, and 17:01 in the west. From here, we still have about an hour until sunset.