At least five people have been arrested in Sydney for demonstrating holding BLM flags and banners on the largest national holiday in violation of assembly restrictions. On Australia Day, we remember that on January 26, 1788, the first British colonial fleet arrived on the continent. 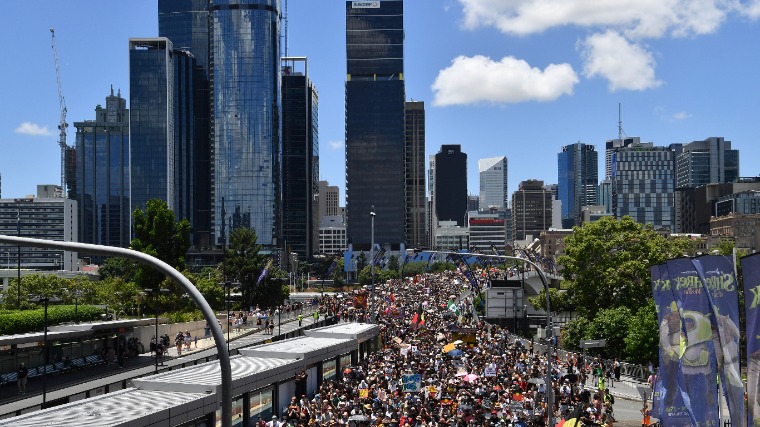 Australia Day has been a national holiday in the country since 1994. In 1788, the first British colonial fleet arrived on the continent on this day.

For the indigenous community, which had a history of 60,000 years before that, this was not much cause for celebration; For most of them today is a day of mourning when they remember the lands that were wrested from them, the people killed by the British colonialist, and the diseases they brought. 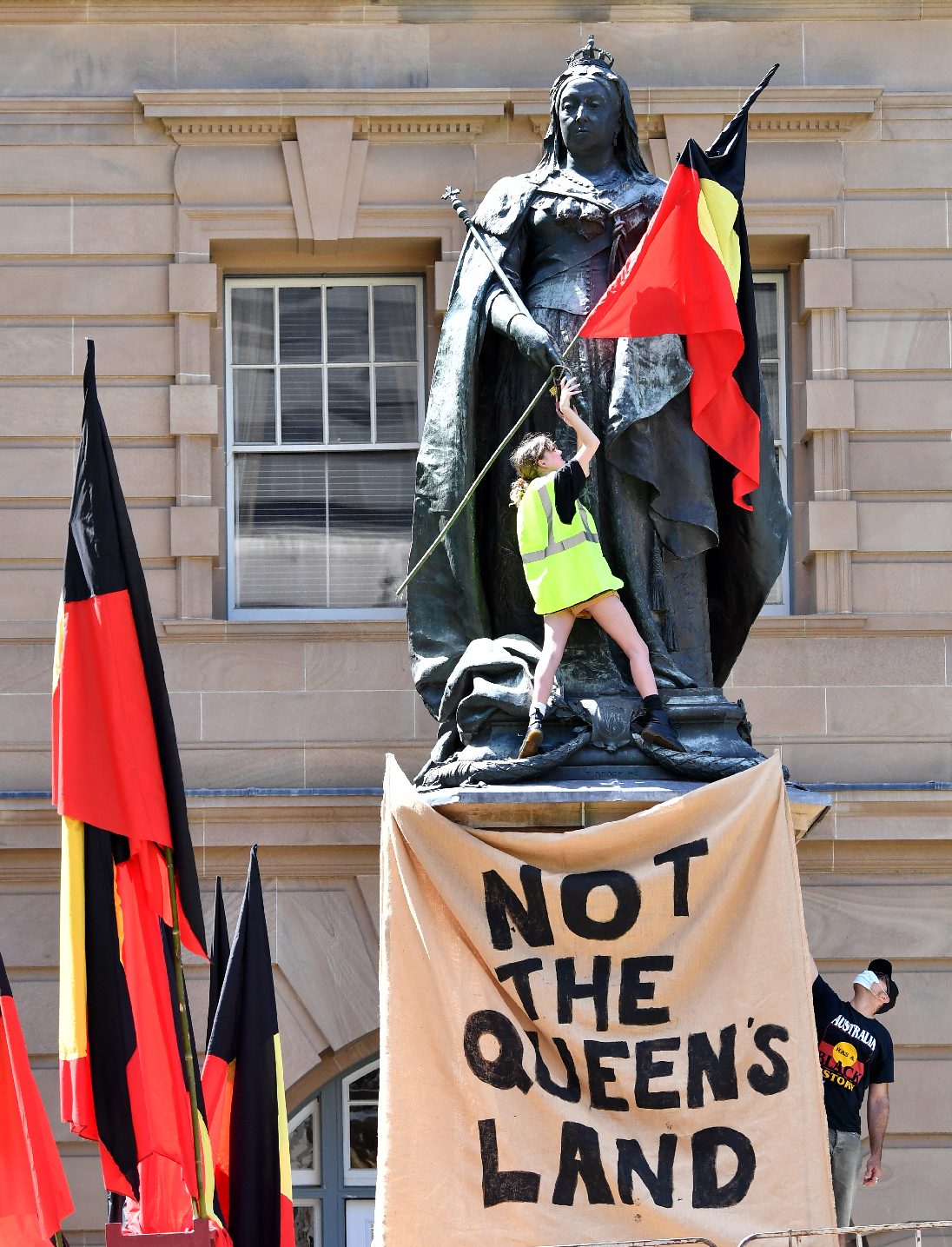 A protester raises an Aboriginal flag over a statue of Queen Victoria of England in Queen’s Gardens at a demonstration called “Invasion Day” in Brisbane, Australia, on January 26, 2021. Australia Day is the anniversary of the first raising of the British flag in Sydney in 1788 by Captain Arthur Philip. (Photo: EPA / Darren England)

In Sydney, nearly 3,000 people protested against “Invasion Day”, even though the coronavirus epidemic could expand as many as 500. According to a BBC World report

The demonstrators chanted the slogan “No truth, no peace,” and some raised high banners bearing the “Black Lives Matter” movement, which began in the United States last June.

Police threatened mass arrest, but ultimately only five people were arrested. In Melbourne, protesters gathered in groups of 100 to avoid breaking standards. Protests took place in the capitals of all states of the country.

See also  The true story of the Hungarians in England

Activists have launched a campaign for a national holiday on another day that will not spark historical grievances and pain in the Aboriginal community, but right-wing Australian Prime Minister Scott Morrison argues that the day should really be celebrated on that day.

„We celebrate this day because it is the day that changed the fate of the country forever. This cannot be avoided or changedMorrison said.