At a party in the garden. There are many. Among them is the neighbor who comes, even invites some to taste his own brandy (wine and whiskey group). Some are jealous that they have already heard about the neighbor’s wonderful drinks and wish they could leave. 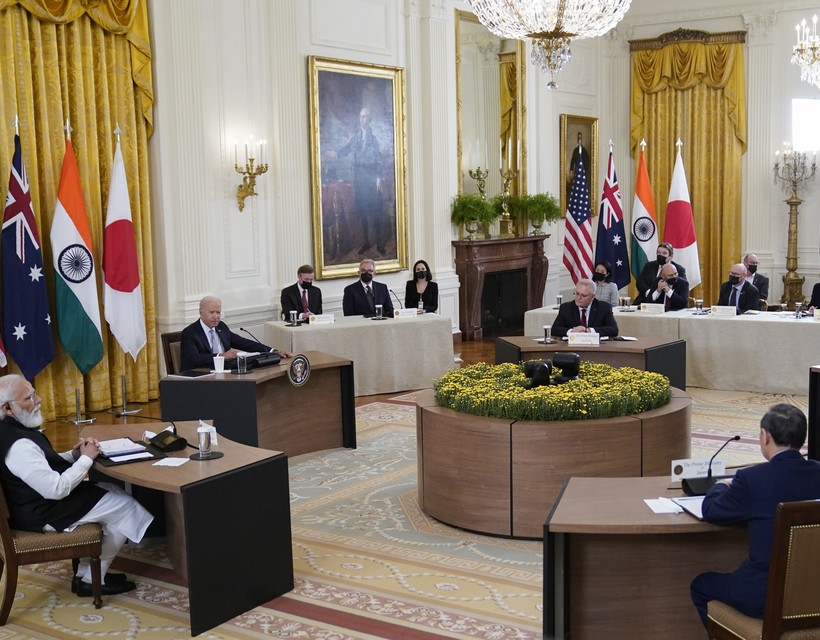 The other neighbor hasn’t been out of the house since Covid, he’s just come now, but the next morning he’s patting his party participants with a loud firecracker.

The UN General Assembly scenario was somewhat similar. It doesn’t even matter who went to the general meeting, there is always each participant giving a speech. The real geopolitical event was not at the United Nations, but on September 24, after the end of the General Assembly, at the White House. Joe Biden invited three prime ministers, two of whom, moreover, did not even visit him. India, Australia and Japan received a separate invitation.

Why are they? The creation of the Quad or Quadruple Alliance has been an evolving process for 14 years, but we haven’t heard much about it precisely because there hasn’t been much enthusiasm on the part of its members either. India and Australia have long hesitated about how to unite cooperation with the Americans under a new cover. Trade between Australia and China went well until some diplomatic affairs turned into a scandal, and eventually China imposed severe economic sanctions on many Australian industries. This continues to this day.

India also didn’t necessarily want to risk its already fragile relationship with China, but shootings at the common border (where there has long been relative calm) and increasingly determined Chinese regional action eventually pushed Delhi into Washington as well. And it wasn’t a big problem for Japan…

A few days after the meeting at the White House, in early October, China violated Taiwan’s airspace with a total of 145 military aircraft in a matter of days. In the media, the quads are sometimes referred to as “21. NATO in the 21st century.” China’s concern is legitimate and, from a Euro-Atlantic perspective, well-founded. As Europeans, the only mystery to us is that we are not part of the new American alliance. We were excluded from the party. However, there can be no other alliance with China, that’s for sure. The trio was created as AUKUS, which entered the press as the killer of the French submarine business, is Australia and … Great Britain plus the United States! There is no European Union!

The atmosphere, however, is embers. Not just because of Taiwan, China is pushing hard in cyberspace, and its political will is buying up the economy around the world. It is no coincidence that this question has entered the Chinese state media: “Will Australia accompany separatist Taiwan on its way to cannon fodder?”

The tension is enormous, and as was the case in a board game called Risk, the big players are now starting to throw away the dolls. I don’t think Europe can be left out, but the question is whether it has a piece that can be placed on the board; And if so, do you have the political courage to move forward.

Recently, we asked our readers to contribute to the operation of ujszo.com in order to provide a reliable and reliable news service at a great cost in the long run.

Thank you for the positive welcome. It feels good to know how many people consider it important to maintain an independent press in the Hungarian language in southern Slovakia, and how many people like the new word.

The grants received allowed us to expand the ujszo.com professional team with a new employee to improve our services and increase the number of hours spent on the service. This is a remarkable achievement in an economic environment where cost reductions rather than improvements have been targeted in many places.

We are grateful for your support so far and please continue to help improve ujszo.com. We are counting on you. You can count on us too.