Like the first generation, the new Kia Niro is available with several engines, namely a self-charging hybrid, a hybrid that can be charged from an external power source, and a purely electric motor. Both the Hybrid and PHEV versions are based on a 1.6 GDI petrol engine — an Atkinson-cycle direct injection engine with variable intake and exhaust control — mated to a six-speed dual-clutch automatic transmission. The four-cylinder internal combustion engine is capable of generating 105 hp and 147 Nm with a 32 kW electric motor in the former and a 62 kW electric motor in the latter. There is a 1.3 kWh battery in the self-charging hybrid, a 11.1 kWh battery in the plug-in hybrid, and the powertrain of the drivetrain is 139 and 180 hp, respectively.

The all-electric Niro is the most powerful, with 204 hp, 183 hp for the plug-in hybrid and 140 hp for the conventional hybrid Niro.

The purely electric version received a lithium-ion battery pack with a capacity of 64.8 kWh, which powers the permanent magnet synchronous motor, capable of delivering a maximum power of 204 hp and a torque of 255 Nm, which is sent to the wheels almost instantly . This was 395 Nm, which sometimes made it difficult to drive in such a way that the wheels transferred all the torque to the road, and it was returned to the new generation. The top speed of the electric Niro is 167 km/h, and it accelerates from 0-100 in 7.8 seconds.

In terms of electric range, the PHEV has a range of 65 kilometers, while the standard range for the all-electric model is 463 kilometers. Charging a fully discharged electric Nero from a household 230V socket takes 27 hours and 30 minutes, which is not realistic. At the same time, you have to spend 6 hours 20 minutes charging the 11 kW charging box, that is, you can charge the car at home in the evening. On the other hand, the battery can be charged from 10 to 80 percent in 65 minutes on a 50 kW fast charger, and 45 minutes on a 100 kW charger. 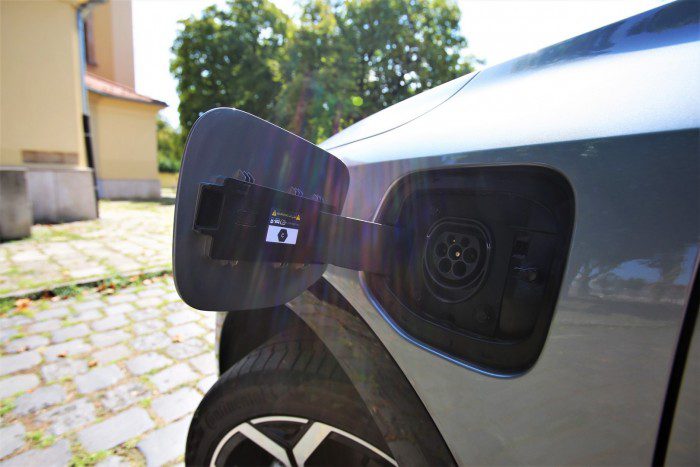 The Niro EV can cool down its battery based on the navigation data, so when you reach the charging point, you can start charging the battery at the optimum temperature, if the charger is set as the destination. In addition, the car can also be used as a power source, and there is also a 230V outlet of modest power in the passenger compartment, but it can power the consumer with a power of up to 3 kW from its external conductor. It can already be used to power more dangerous household appliances, but if necessary, you can charge another electric car with it.