Daimler (Mercedes), Volvo (Volvo, Renault) and Traton (MAN, Scania), a spinoff of the VW Group, are planning to build a freight network along major European routes that will be suitable for express freight for long-distance road transport vehicles. The idea is to use a mandatory 45-minute rest period every four and a half hours in Europe to charge trucks, but this presupposes chargers of multiple capacities compared to those used in cars, which basically don’t exist today.

The plan includes building 1,700 truck charging stations near highways and logistics centers by 2027. The joint venture, which has yet to be named, will be operational from 2022 and will likely be based in Amsterdam, possibly for tax reasons.

Truck charging needs are characterized by the fact that the Mercedes eActros 420 kWh battery pack holds approximately 400 km on a single charge and can be charged up to 160 kWh. However, with this type, it is not yet possible to travel 360-400 km every 4.5 hours, depending on the speed limit, so you can continue to travel fully charged after 45 minutes, as the battery can only be charged from 20 to 80% with a quick charge and it takes more than an hour. 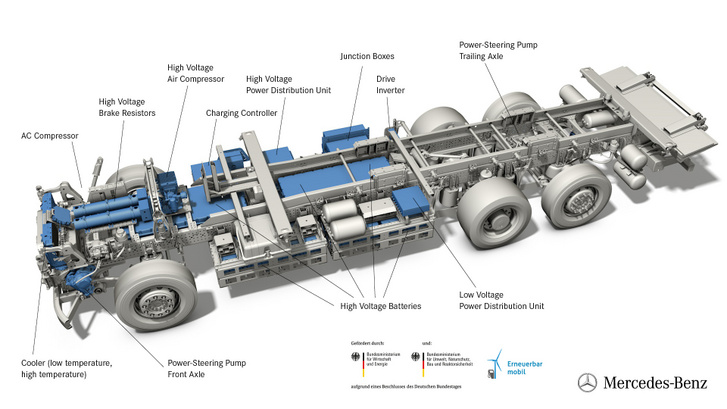 According to the eActros consumption data, a truck with a much higher capacity of at least 550-600 kW would be needed to quickly charge a truck that could take full advantage of the permitted driving and downtime, but we don’t know about that yet.

READ  Coronavirus: In some neighboring countries, relaxation may already begin