The world’s oldest known scalloped pearls were found in a cave in Morocco, where their age has been determined to be at least 142,000 years old by experts, according to a study published in the scientific journal Science Advances.

Between 2014 and 2018, 33 perforated oval shells of a marine snail called Tritia gibbosula were found in Bizmoun Cave on the side of an 800-meter-high limestone hill in western Morocco, just 12 kilometers from the Atlantic Ocean. Through a thorough analysis of the layer surrounding the beads, scientists came to the conclusion that the age of the layer and its finds is 120-171 thousand years, and they estimate that the age of the shell beads is at least 142 thousand years.

The oldest known scalloped beads so far were found in the caves of Contrabanders and Manasra in Morocco, dating back 103-122 thousand years.

If the dating of the newly discovered finds is correct, then it indicates that quite symbolic forms of behavior appeared in modern man 10-20 thousand years earlier than previously believed. 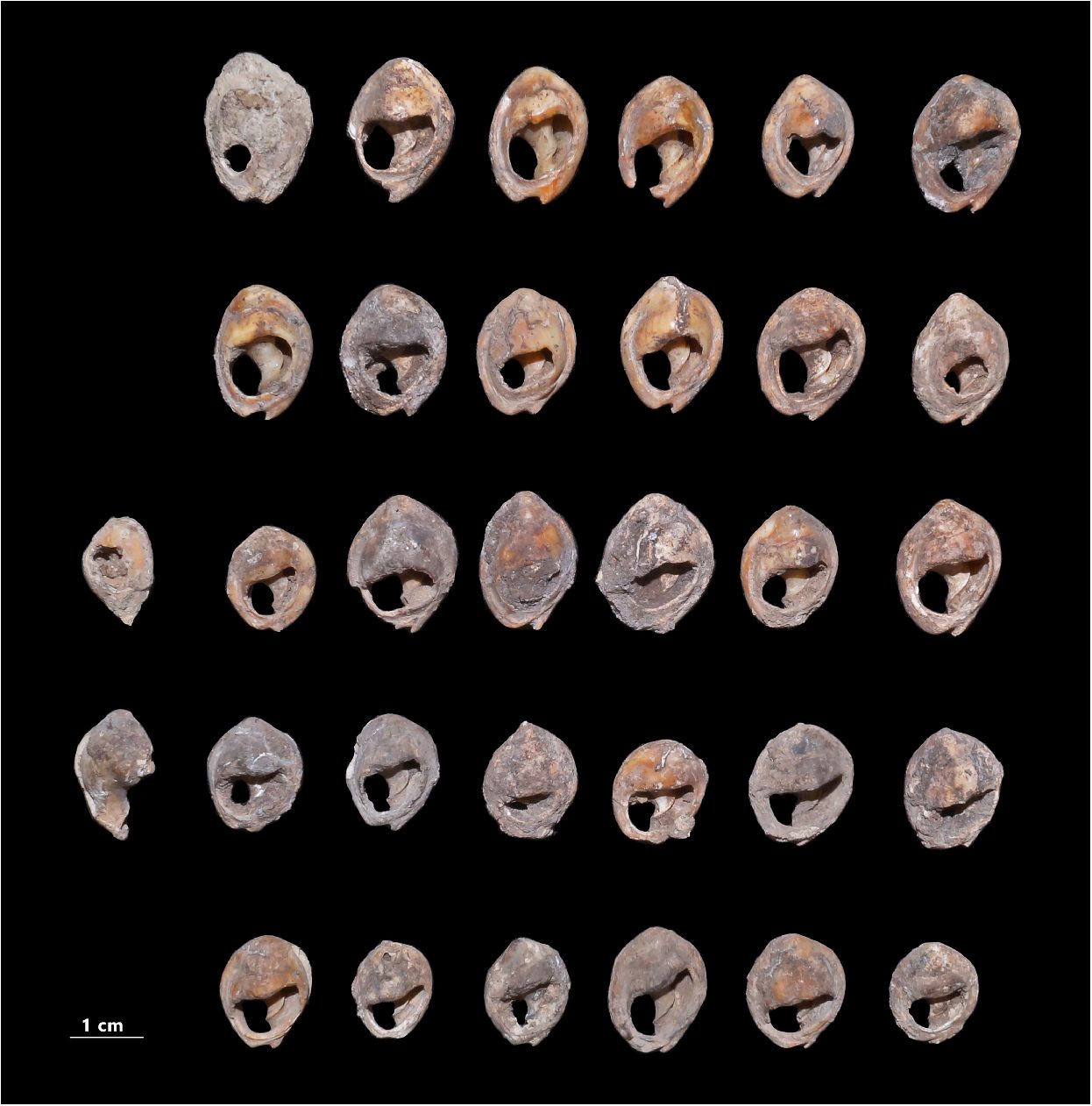 The collector and hunter collected small shells in the territory of present-day Morocco, dug a hole in them, and tied them with chains to decorate their hair, bodies or clothes with them.

The “jewelryThe man was probably surprised because piercing shells of the same type quickly spread across North Africa to the Middle East.

„Shells are special finds wherever they appear. After all, if you wear clamshells on any part of your body, you are using your body to send messages to strangers about who you are.says Alison Brooks, a paleoanthropologist at George Washington University. He added that symbolic behavior is characteristic of modern man.

Abdessalil Bouzgar, an archaeologist at the Moroccan National Institute of Antiquities and Heritage and the Max Planck Institute, who led the excavations at Bizmoun Cave, said:North Africa played an important role in the development of symbolic behavior“.

More than 60 bone tools used for grinding animals and processing fur were also found in the cave, which date back to 90-120 thousand years and are the oldest archaeological discoveries, which testify to the manufacture of clothing.