Motorola has created a mid-range tablet called Moto Tab G62 and it will be available to Indian customers for the time being. At first glance, the features don’t look bad, and the pricing isn’t bad either, so we hope the device will be sold in other markets as well.

The new Motorola tablet has a 10.6-inch screen with a total of 2000 x 1200 pixels, and the panel itself is based on IPS LCD technology. There is no mention of increasing the image refresh rate, i.e. it’s still the good old 60Hz. Inside the Moto Tab G62, the calculations are done by the Snapdragon 680 chipset, and the device will be available in Wi-Fi only and LTE modem versions. There are no different configurations, the device will be available with 4 GB of RAM and 64 GB of storage. By the way, the internal storage can be expanded using a micro SD card with a capacity of up to 1 TB.

The device is equipped with an 8-megapixel rear camera, which can detect its surroundings at 118 degrees, and a selfie camera with the same resolution is placed on the tablet, so that you are recognized on the other side during a Skype call. .

The Motorola Moto Tab G62 has a two-tone water-resistant metal case, which, in addition to the above components, includes a 7,700 mAh battery. It charges via a USB-C port and supports 20W power input as well. Other noteworthy features of the device include Dolby Atmos support, headphone output and four speakers. The novelty works normally on Android 12. 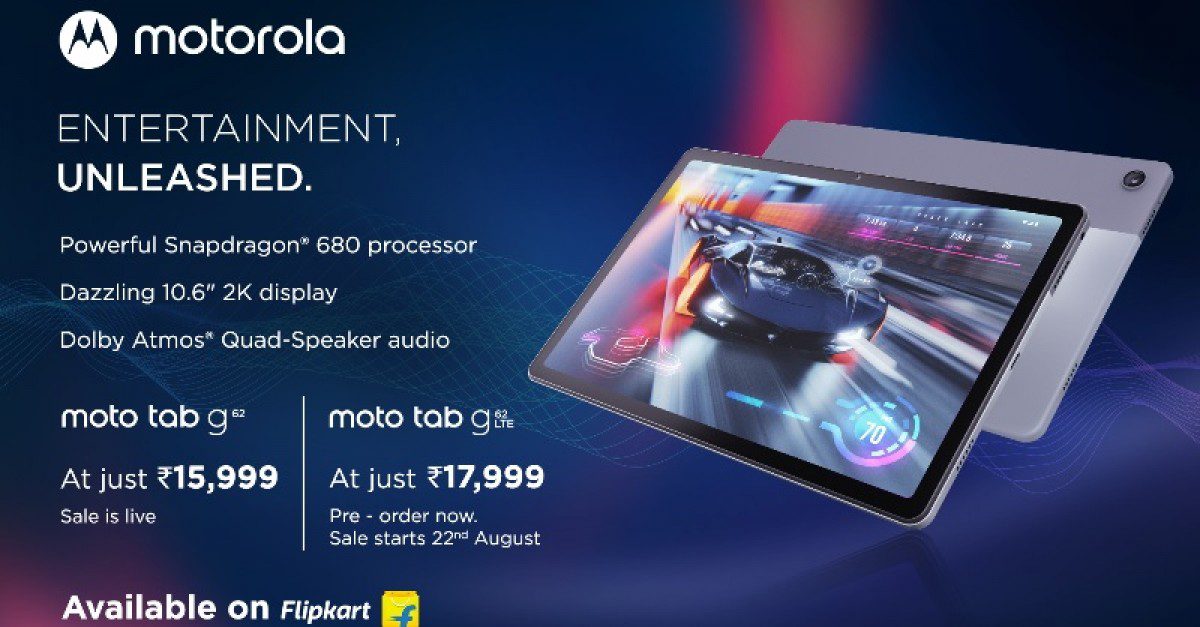 So the Motorola Moto Tab G62 can be purchased with an LTE modem and in the Wi-Fi only version, the first will be available at around $226 in Indian rupees, and the other can be bought for just $201. Distribution will take place through the Flipkart website, and will begin on August 22. There has been no mention of global sales yet.