BMW came to the CES hardware show again this year with a very interesting concept car, and although the model shown won’t be on the road in this form, I Vision Dee does a great job of showing what the manufacturer plans beyond 2025.

CES, the world’s largest gadget show of the year, ended on January 8, and one of the most interesting exhibitors at the event this time was not a well-known tech company, but BMW, which presented its latest concept car called the I Vision Dee in Las Vegas. The manufacturer was already among the most talked about renderers last year, exactly a year ago they unveiled a model here which, thanks to the E-Ink technology known from e-book readers, manages to draw all sorts of black, white and gray patterns on the special outer layer from the body.

This is what Dee (which stands for Digital Emotional Experience) offered this year. The special cover for the car, also based on electronic ink, received the development (small capsules containing millions of different dyes), thanks to which it can display 32 colors in 240 different zones – It can be customized individually. Thanks to this, patterns and animations can be “played” on the exterior of the car, and even emoticons can be placed on the front of the car, which, no matter how meaningless it may seem at first, still looks really good and attracts attention. This is what is needed in the exhibition, so you can plunge into the most interesting details.

Not only the peasants are blind

The new concept car aims to show how BMW envisions a future for cars rolling off its production lines, and in Dee’s case, the color-changing exterior is far from the most interesting development. The novelty is a sedan, with dimensions reminiscent of the current three-series, electric drive and functions that might already appear in vehicles based on the Neue Klasse platform. This new platform is designed directly for the electric BMWs of the future, with a focus on greater range and better batteries than before.

Of course, these are just the basics, and as I mentioned, Dee is not short of future solutions. One of them is that the steering wheel is still in the car, but there is no classic dashboard: the traditional buttons are missing, and there is no screen. Instead, there is a touch-sensitive interface called Slider Reality Slider, which can be used to control the information displayed on the windshield in five levels.

This is a display that shows all the usual dashboard functions, infotainment system elements, and augmented reality is also an option – the latter may be able to navigate us to our destination using arrows projected on the windshield instead. from the map.

By the way, this solution works surprisingly well: the system projects a crystal-clear image onto the windshield, with excellent contrast and great colours, and on such a large surface anything can be displayed, from vehicle diagnostic data to social media posts. And all this is not science fiction, because, according to BMW, this solution – presumably in an even dumber version than the one presented – will already be available on the 2025 Neue Klasse models.

Among the Dee’s extras, in addition to the windshield screen, there are also other features such as gradually darkening windows, which can be used as a screen when viewed from the outside, and doors that open and close automatically. However, in the case of the latter, it is interesting for BMW to see that it is time to finally realize rider knight The talking car.

Dee is the name not only for the car, but also for the new on-board system’s voice assistant, which can communicate with the driver or passengers. He may be the one who will replace the iDrive system currently used in the manufacturer’s cars in the near future.

At this point, of course, it’s worth emphasizing once again that I Vision Dee is just a concept that shows what kind of ideas BMW has for the future – and that’s true of both the exterior and the versatile functions. Although the appearance of the windshield display and touch-sensitive surfaces can really be expected in 2025, it is not worth counting on the fact that in a couple of years we will already be driving color-changing cars, because despite the success of the technology, it has not yet been possible, for example For example, ensuring that it is protected – among other things – from weather conditions. 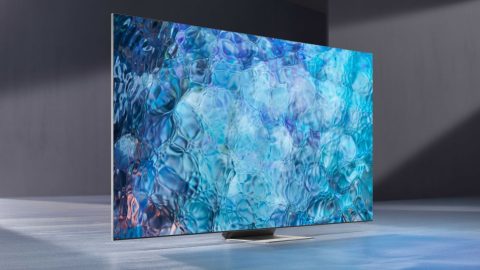 Samsung’s flagship QD-OLED TV, which debuted at the CES gadget show, is capable of refreshing brightness and picture that hasn’t been typical of any smart TV to date.