The Bespoke Edition, which offers 49 color combinations, was reported in several countries shortly after its August premiere.

Last October, Samsung announced that the Galaxy Z Flip 3, which debuted in August 2021, will be expanded with a special edition called Bespoke Edition. The Bespoke product line has grown from a Korean home appliance company, with the role of allowing the customer to better design the product by choosing from colors and materials. For the phone, only the color selection option, a total of 49 combinations, can be used to diversify the bottom and top glass of the Z Flip 3 and the frame. 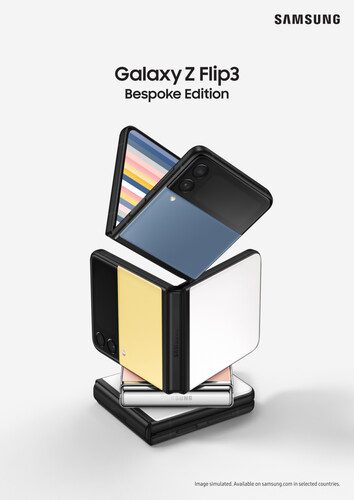 The SamMobile According to the information, the Z Flip 4 will debut on August 10, with the Bespoke Edition releasing immediately, which means that online surgeries can assemble the look of their phones themselves. The paper also writes that customization will be available in many countries in Europe and Asia as well. Currently, customers in Australia, Canada, France, Germany, Korea, the United Kingdom and the United States have the option of a bespoke version, which is not a hardware change from the base model. This won’t change for the Z Flip 4 either, it’s just an appearance.