Since its introduction, the Skoda Karoq has hosted half a million copies. So the initial interest was serious, and to prevent this change in the second half of the model cycle, the manufacturer made a series of modifications to the compact crossover.

Like the Kodiaq, the Karoq has a new nose design. The headlights are narrower and the grille has widened, with a new, more powerful character under the hexagonal grille. The headlights can now be ordered with an LED matrix design, the taillights have been refurbished, and the diffuser installed on the exit edge has been extended from the ceiling. The color range has been expanded by two new tones, one of which (orange) can be seen in our photos. 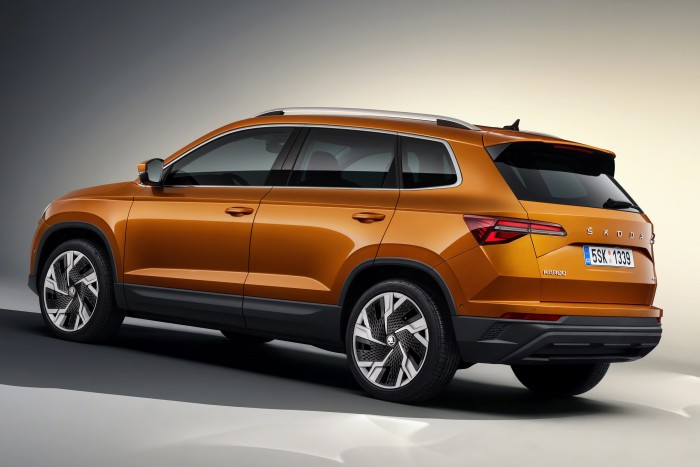 The Karoq is available with five petrol engines, one and a half petrol and a two-liter capacity, both of which are two-liter diesels. Power ranges from 81 to 140 kW (110 to 190 hp). The crankshaft is new on diesel engines and the SCR exhaust gas management system has been further developed. Both a manual transmission and a DSG transmission are available for the car, and all-wheel drive is also available.

Eco-friendly upholstery (recycled or vegan) in the passenger compartment is a big novelty, while a passenger seat with memory is also available.

Škoda has invested a lot of energy in expanding the Karoq’s driver support functions. Also available is the semi-autonomous Travel Assist package, which automatically brakes in town and adaptive cruise control is forward-thinking. Nine airbags are available on request, and if the car detects a collision risk, it raises the windows and tightens the front seat belts.

Standard equipment is now standard on the 8.0-inch and 12.3-inch digital instrument cluster for premium or high-end versions. The central touch screen is 8.0-9.2 inches, depending on the design. 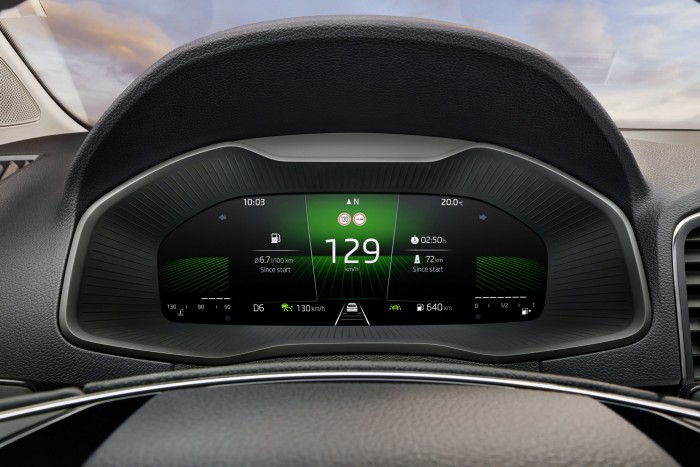