The Snapdragon 8+ and 7 Gen 1 system chips are made on a 4nm node, but not from the same manufacturer.

Qualcomm announced the end of last year Snapdragon 8 Gen 1 system chip, which already used ARMv9 cores, are now being developed to go even further, and new ARM designs have been brought to premium levels. The parameters of the entries entering the new ultra-fast solutions are detailed in the table below:

The Snapdragon 8+ Gen 1 is actually a replica of the Snapdragon 8 Gen 1. The difference is that the chip was ported by Qualcomm from Samsung’s 4nm node to the TSMC 4nm process. As a result, the speed of the ARMv9 cores has increased, as well as the performance of the new generation of Adreno IGP, which the company said an additional 10%. Chip consumption has also improved, and the company says the new version is 30% cheaper than its predecessor in terms of energy efficiency. In other respects, there is no change, so each core shares a 6MB cache at the L3 level and there is also a 4MB cache on the memory controller that other hardware components can access. 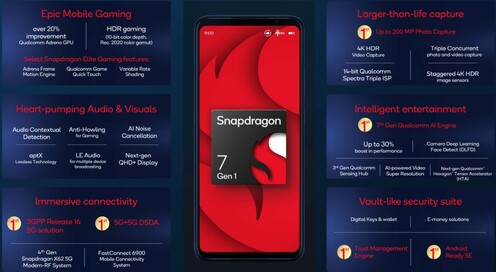 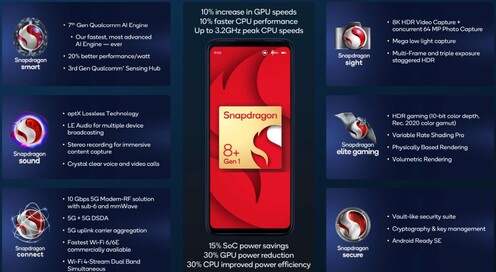 Snapdragon 7 Gen 1 has inherited more components from its older brother, but it still shows savings, so it is not targeting the top class, but the premium level. This, in turn, will have a positive effect on its consumption, and in its category, its capabilities are still very interesting.

Qualcomm says that two new SoCs will debut in smartphones in the coming months.