Today, for the twenty-first time, the Rátz Teacher Lifetime Achievement Award has been awarded to elementary and secondary school teachers who excel in advancing mathematics, physics, chemistry and biology.

At the award ceremony held in the Ceremonial Hall of the Hungarian Academy of Sciences, eight teachers received the Foundation’s Prize for Hungarian Science Education named after László Rátz. The award is presented annually by the Board of Trustees of the foundation established by Ericsson Hungary, Graphisoft and Gedeon Richter, with a total value of HUF 12 million.

In the world in which we live, with the rapid development of technology, information is spreading at an astonishing rate and is instantly available to anyone. However, the big question is what children do, even though they live as digital citizens in this new world, with this wealth of information, how to choose from it, what is real and what is reliable – what are the facts, and what the science says. 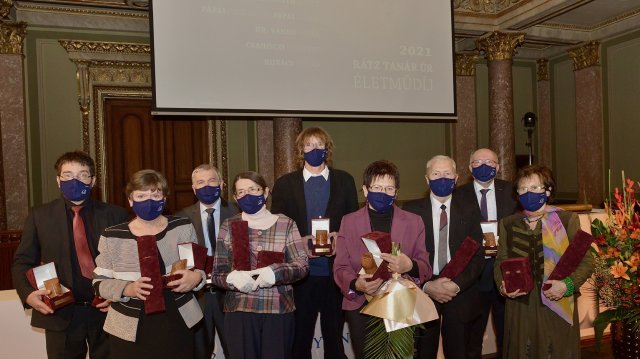 This knowledge, about which young people make decisions later, is received from teachers at school. For the 21st consecutive year, the Rátz Teacher Lifetime Achievement Award draws attention to the work of teachers who teach outstanding science subjects and who educate their students in a wide range of adults with their knowledge and pedagogical sense. Today, at the official award ceremony held in the ceremonial hall of the Hungarian Academy of Sciences, eight teachers received the award bearing the name László Rátz from the Hungarian Natural Sciences Education Foundation. The award of HUF 1.5 million is awarded annually by the Board of Trustees of the foundation established by Ericsson Hungary, Graphisoft and Gedeon Richter.

See also  At home: Telex: do not get a protection certificate for someone who has been vaccinated abroad

Teachers who have received awards for their work said that in recent years it has become clear how important it is for children to learn the basics of science, such as how human physiology works, how we can interpret and organize data through statistics, or that’s exactly what happens to our environment during climate change. After all, these are, in fact, the foundations that students later reach when they encounter a similar phenomenon, and it is this information that helps them navigate the world when they become adults.

Our mission is to show and appreciate teachers who teach science subjects and who, thanks to their professionalism, have a positive impact on future generations. At the same time, we want to set an example for economic actors to support education to the best of their ability, since the real investment of the Hungarian economy lies in knowledge, and the key to knowledge transfer is in our teachers. “ – said Norbert Crowe, Professor, Academician, Chairman of the Board of Directors of the Hungarian Science Education Foundation. 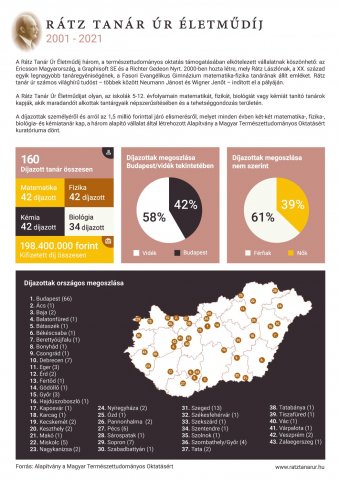 The Rátz Teacher Lifetime Achievement Award is open to teachers who teach or have previously worked in any primary or secondary school in the country. All award-winning teachers raise the standard of education in real subjects, their students successfully participate in national science competitions, regularly train in addition to teaching, are informed of achievements in a particular field, and are often the authors of textbooks and professional journals.

This year, the Board of Trustees awarded the award to the following teachers: