Two new Poco smartphones, the X4 GT and F4, which previously appeared in the news, have also been officially announced. One may be of interest to gamers because of its 144Hz screen, and the other because it was the first to introduce optical image stabilization into the world of Poco mobile phones.

Inside the device, the Dimensity 8100 chipset runs as a 5nm build. Manufactured by TSMC, the CPU will run in the upper to mid-range chipset with four Cortex-A78 cores, and also in the company’s four Cortex-A55 cores.

The task of graphics acceleration is performed by the Mali-G610 MC6 unit, which is the latest GPU architecture in ARM. The processor has been proven in the past to perform well in several synthetic tests in which it outperformed the Snapdragon 870 and also stood out against the 888 chip. 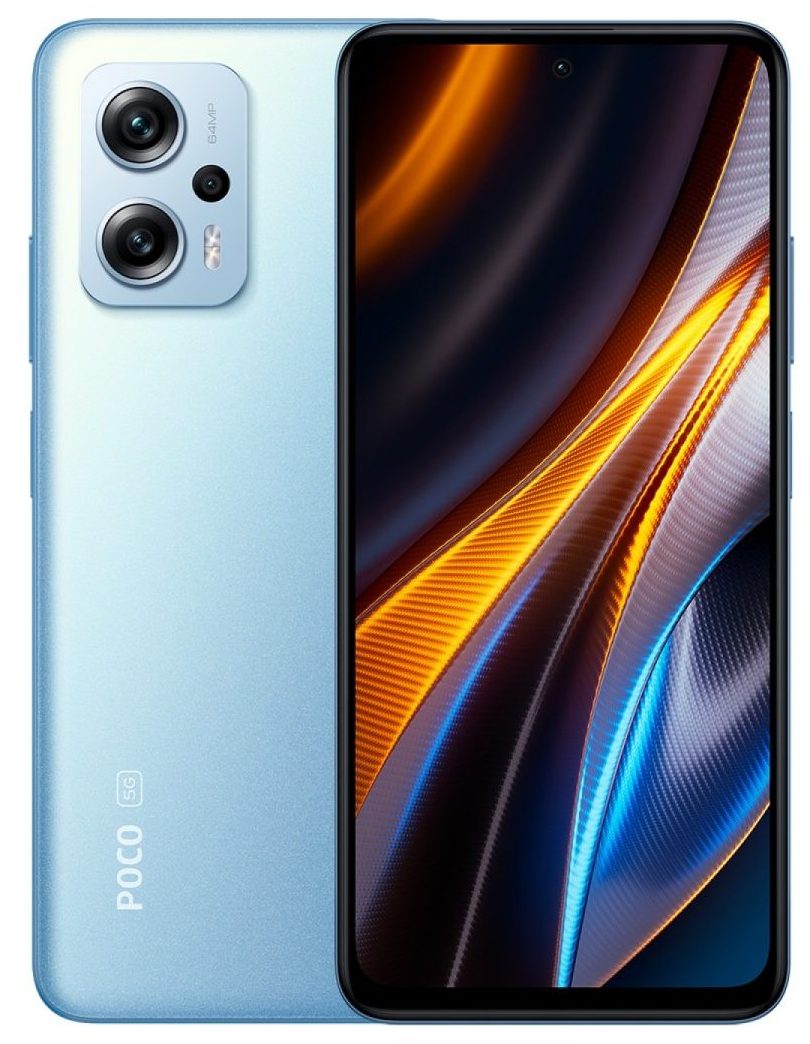 Chips are cooled by LiquidCool Technology 2.0 with a vapor cam that is 32% larger than the X3 GT, and seven layers of graphite have been applied for greater efficiency. The chipset comes with 8GB of LPDDR5 RAM and 128 or 256GB of UFS 3.1 storage, depending on which configuration you choose. 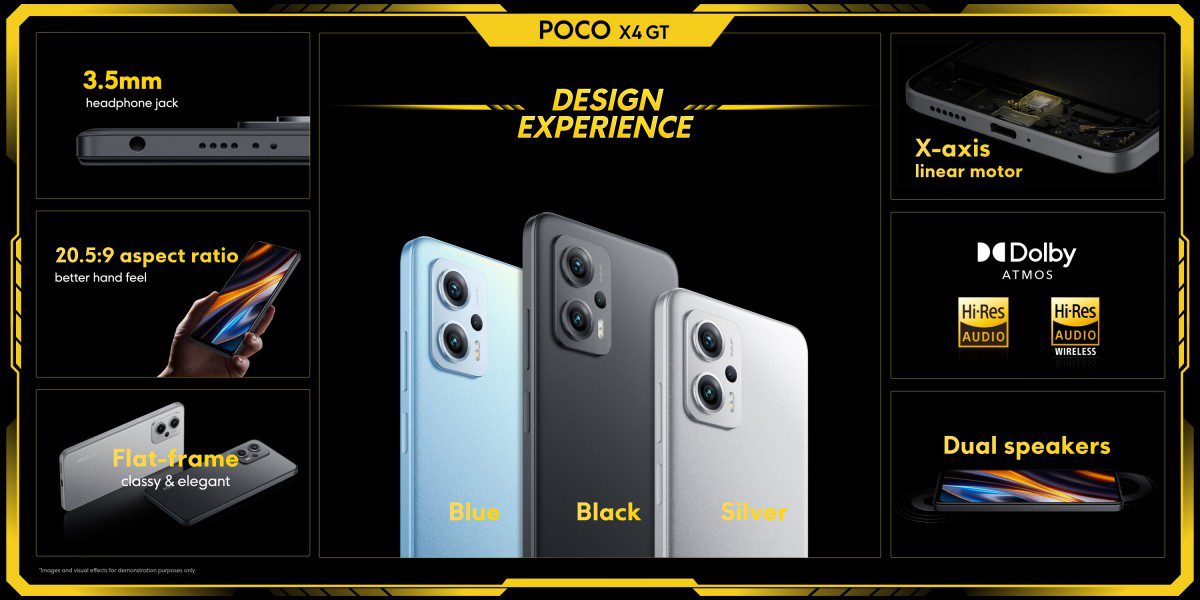 Gamers will not only be pleased that the phone’s 6.6-inch IPS LCD screen with a resolution of 2460 x 1080 pixels is spread out to support image refresh at 144Hz. In addition, the touch sensitivity is 720 Hz. The screen can display one billion colors, and it also supports Dolby Vision with a maximum brightness of 650 nits. It is protected by Gorilla Glass 5.

See also  The Osiris-Rex spacecraft blasted home in its stomach with twenty to forty fragments of the slitter asteroid.

On the back of the Poco X4 GT, the primary image capture module is 64MP, and the 1/1.72-inch sensor has a native pixel size of 0.8µm and 1.6µm when combined. The main photo capture module is supported by an 8MP wide-angle camera that senses 120° surroundings, as well as a 2MP macro camera. Selfies can be taken using the 20MP unit on the front panel. 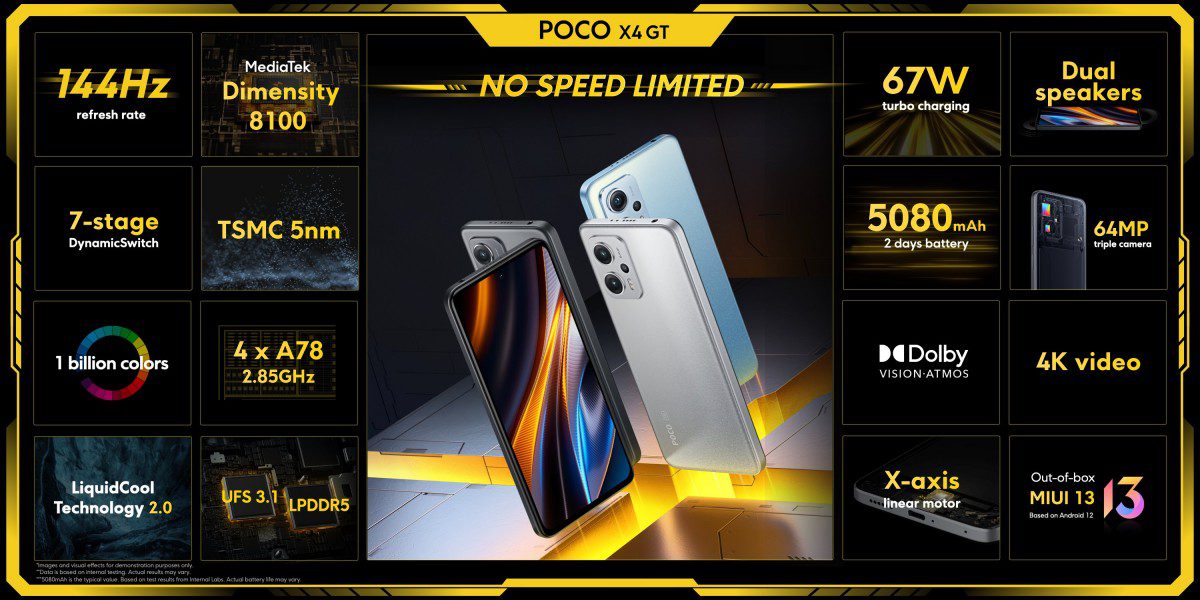 It is definitely worth noting that the manufacturer has brought back the 3.5mm headphone jack, which many will likely be happy with. The smartphone is powered by a 5080mAh battery that supports 67W fast charging. The required charging head will be in the device case. By the way, using this charging method, the smartphone can be fully recharged in just 46 minutes, even if it is completely discharged.

In addition to wired headphones, you can also use your smartphone’s built-in stereo speakers that are Dolby Atmos certified to listen to music. Other notable features of the Poco X4 GT include 5G support, Bluetooth 5.3, NFC, infrared technology, Wi-Fi 6, and an X-axis linear vibration motor. There is a fingerprint reader on the side frame.

The smartphone will go on sale on July 27 through select sellers, and the mobile will be available in black, blue and silver colours. The 8/128 GB model will cost 380 euros, and the 8/256 GB package will cost 430 euros. The mobile phone will be shown at other retailers at a later time.

The other display features a 6.67-inch AMOLED screen and a Samsung-made E4 panel with 360Hz touch sensitivity, 120Hz refresh rate, 2400 x 1080 pixels resolution, and a maximum brightness of 1,300 nits (though the typical max is just 900 nit). The display also supports Dolby Vision and HDR10+, and is protected from scratches by Gorilla Glass 5. 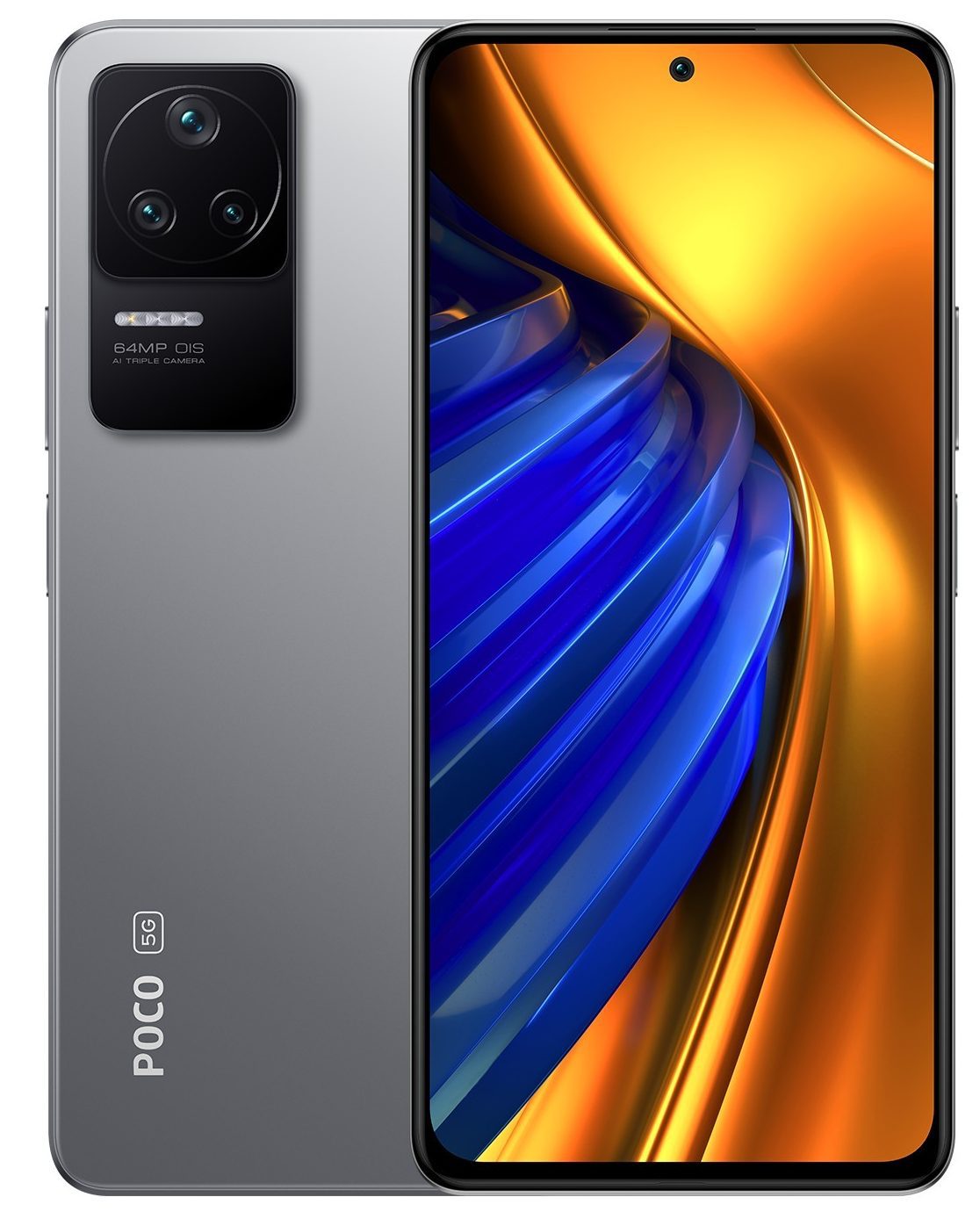 Behind the screen, the Snapdragon 870 chipset does the math, complete with the same advanced cooling system as the other new Poco model. The 64MP primary image capture module on the back of the phone also features an optical image stabilizer. Its work is supported by an 8-megapixel wide-angle module that detects its surroundings at 119 degrees and a 2-megapixel macro sensor. The front camera is again 20 megapixels. 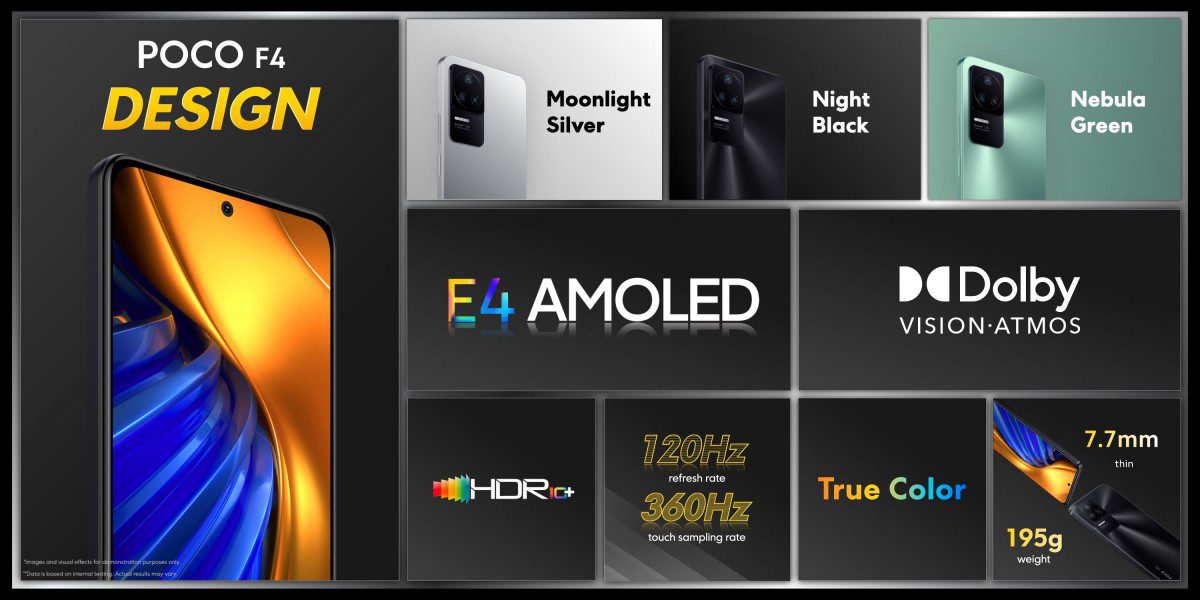 The phone is powered by a 4500 mAh battery that also supports 67W adapters. With a compatible charger, the charging process takes only 38 minutes when the device is fully discharged. 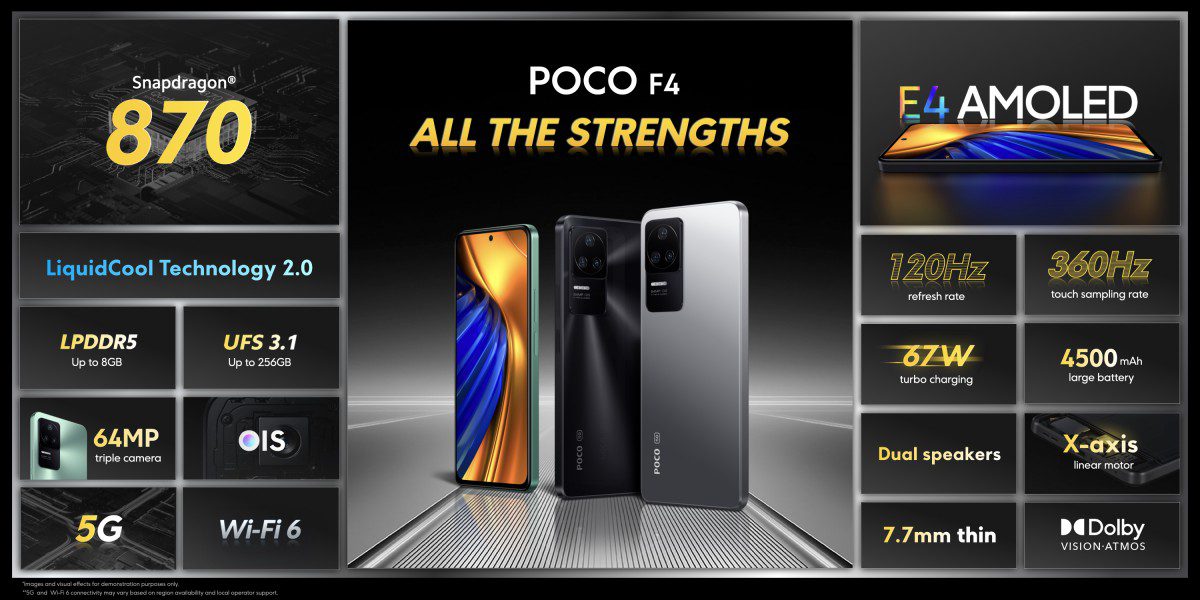 Like its companion, this phone is equipped with a side-frame fingerprint reader and an X-axis linear vibration motor, as well as stereo speakers with Dolby Atmos support, infrared, but without a headphone output.

Poco F4 will be available in two configurations. One 6/128 GB for 400 and the other 8/256 GB for 450 euros. The phone will go on sale on June 27 through select retailers, which will expand in the coming weeks.