There is a very strange feature coming to the Windows developer launcher environment, because the company wants to make the life of programmers and trackers more colorful, so from now on, the program supports colorful themes and will provide users with more customization options.

The majority of IT professionals are used to working in dark mode, but they want to change that hall It brightens up the software with colorful themes, similar to what we’ve seen in other operating systems. Customization support allows Windows Terminal users to change the appearance of tabs, windows, and even terminal interface background images. It’s all well and good, but it’s not that simple.

The Themes can only be edited with a JSON file, and appear in the drop-down list of themes in Windows Terminal settings. Of course, the company has made some JSON models available, but from now on it’s up to the users – obviously anyone with a basic level of knowledge in the world of lines of code can easily handle this. Microsoft’s program manager, Kayla Cinnamon, has revealed that the program’s default colors will also be changed for a more consistent look. 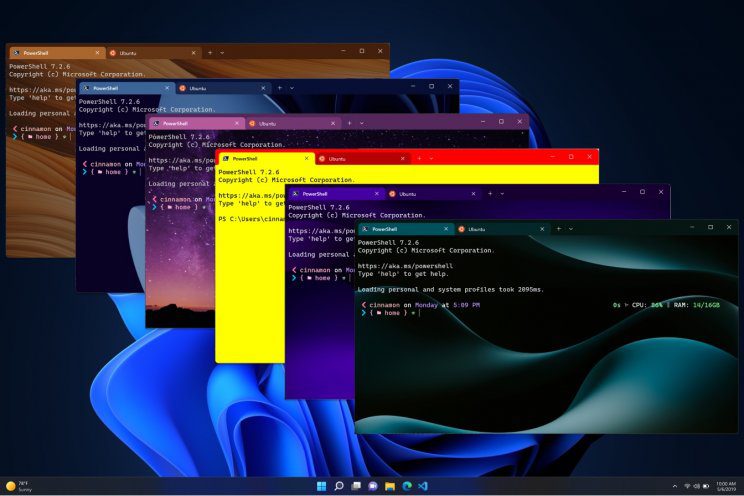