Unfortunately, I didn’t compete in our home competition, The Double-trouble, which took place a week ago due to a stubborn injury, so I postponed it as a competition judge. Moreover, it was an exciting experience, when one of my team, whom I mentored as their referee, won a gold medal, my heart was almost filled with maternal pride. Before anyone accuses me of bias, it’s important to note that I’ve been supportive, strict, and consistent with my team from first minute to last, including the gold-medal duo. In short, here the sporting value of competition for me has been exhausted to the fullest in the ferocious pace and constant focus. I was really hoping that my participation in the Murph Challenge scheduled for next weekend wouldn’t be a ticklish.

Murph’s heroic challenge must be known to be the Hungarian adaptation of Murph’s American challenge. This is a WOD exercise series compiled in memory of Michael Murphy, a US Marine who died in Afghanistan in 2055, which consists of a mile run (1,600 metres), one hundred pull-ups, two hundred push-ups, three hundred squats and eventually another mile run. It is tiring to even describe … By the way, this challenge is organized regularly almost everywhere in the world and is especially popular in crossfit, but there is also a tradition to hold it once a year between members of the military and other armed forces – the event organizers in Hungary linked Day of Remembrance of Hungarian Military and Civilian Heroes (May 29).

When I spoke to Sándor Szántó, the event’s lead organizer, about the event, I learned that this non-profit sports festival serves the purpose of promoting crossfit and bringing members of the athletic community closer together.

The program is organized and run exclusively by volunteers who are associated with CrossFit in some way. The costs are covered by the sponsorship and sale of T-shirts produced for the event, and the goal is not to make a profit at all.

Anyone can register for the competition for free, but proper training is highly recommended, it is not worth participating in it “out of ego”, so to speak. Anyone can find a way to perform according to their own capabilities. There is potential for measurement and performance in teams of two or three. And those who feel that the tasks are not difficult enough can put on a heavy jacket and complete the tasks.

See also  Where are the crowds of kata and injured people above their heads from the street and next to the polls?

Well, I took advantage of all the possibilities of rest – on one hand, I’m aware of my limits, and on the other hand, I was still anxious about my newly healed injury – so I started pairing up with my friend Briggy, and we expanded the workouts. This means “jumping up” for pull-ups, and we put our knees down for push-ups. Well, it wasn’t easy anyway!

We went to the venue an hour and a half before the race, as our superhero training partners were competing individually on the stage ahead. And as we already know, in such cases, support is an essential requirement. As I watched them, I almost calmed down because they were so easy to grind up the drill. Then fifteen or twenty minutes later, when “What the hell am I doing here?!” facial expressions, and they started mentioning push-ups in a rude way to say things, my self-confidence faded. Anyway, I thought I could run, and I’ll figure out the rest somehow. 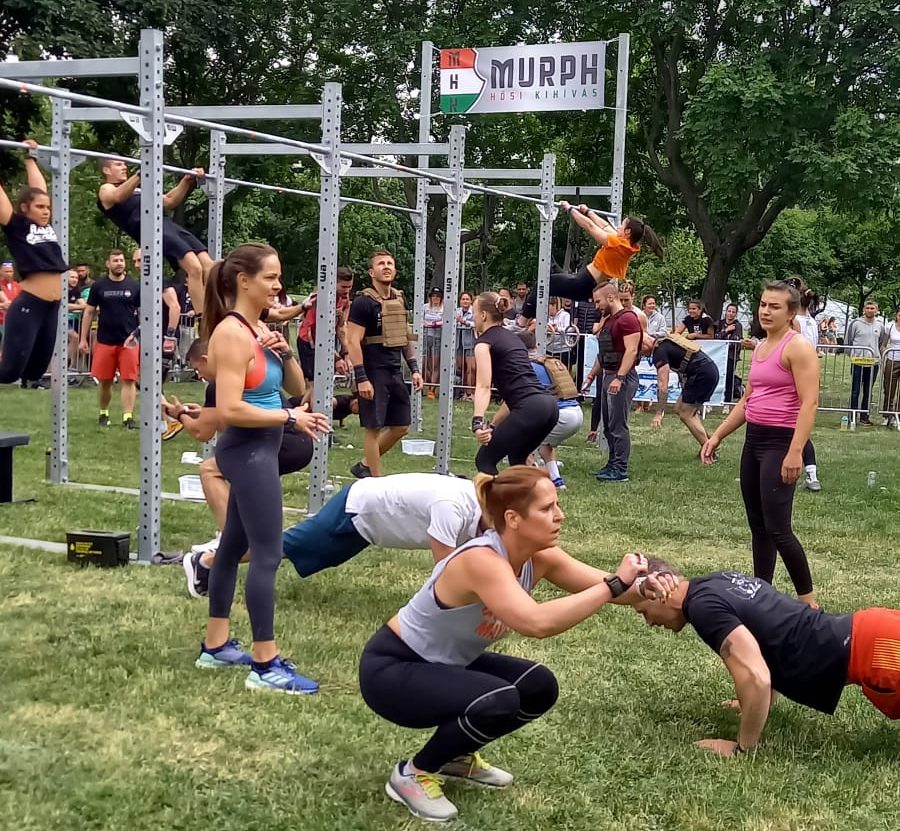 Before the start of the race, support camp also arrived, my little family as well as my parents, who were horrified watching the participants grind their drill.

They are so happy that I always come up with something that engages them in one way or another!

They can only hope that my next thought isn’t rock climbing, tiger taming, or deep sea diving…

At 3:00 p.m. the starting pistol fired, and my eight hundred-meter lane ran second in our relay. The missiles rammed like a real former runner and ate meters at an almost suicidal pace. I felt honestly good about myself, and I caught up with those in front of me one by one, when I heard a steady, easy sound behind me. I turn my head to the side, and I see Marcy Catona, aka Marcipan, one of our crossfit coaches walking in front of me in a heavy jacket, and she had the energy (and skin on her face of course) to send me a nice smile accompanied by some encouraging words. In addition, even Balaz, our head coach, let me down in the last one hundred and fifty metres, but at least he fought for it, and the smile on his face was not sincere either. 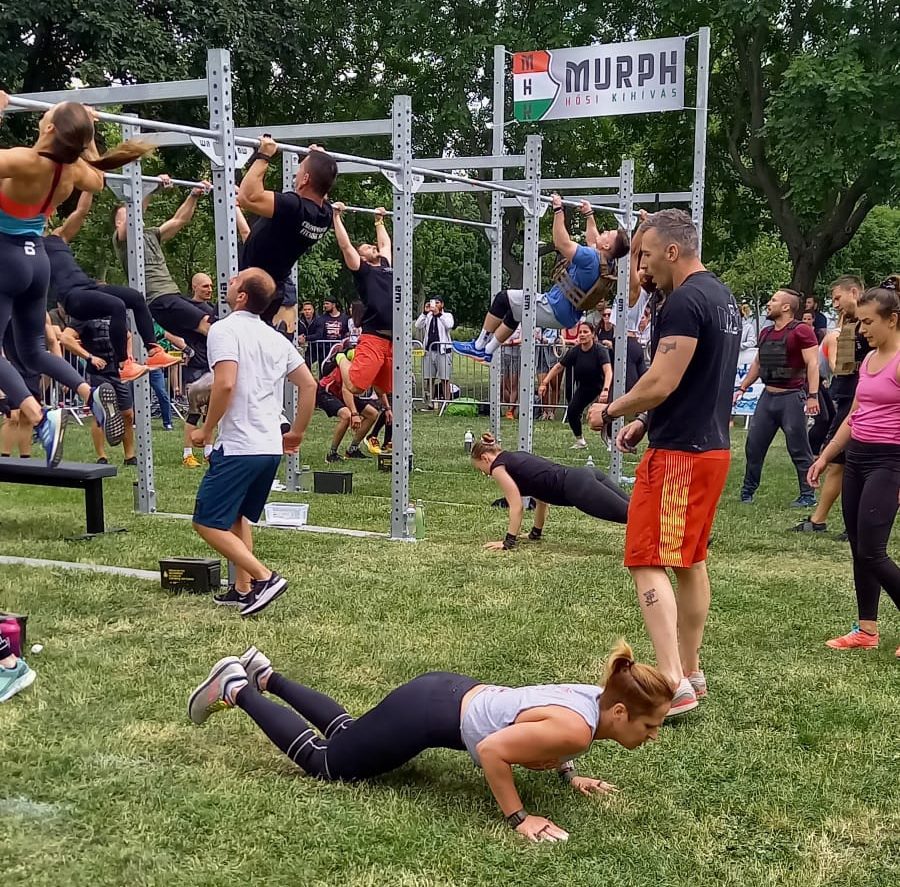 After the race, we fell into the to-do list, i.e. the to-do list. My partner and I cleverly divided the series of exercises of one hundred and two hundred and three hundred repetitions, so that we could do it all the way. Living it from the inside, it went very smoothly.

Small bolsters between groups proved sufficient to accumulate strength. I mean approx. While pull-ups and squats were performed with roughly the same intensity and precision from start to finish, unfortunately, we had a more difficult time with the reclining support.

Since I always tried to do push-ups correctly as instructed, the end result was that I completely lost strength in my arms after the sixth or seventh string. During the last streak it sometimes occurred to me that I’d rather stay on the grass and rest a bit before pushing the rest. My arms were trembling and I didn’t want to obey, while I tried not to think how pathetic I might look on the outside as I struggled through the grass. Then there was always a cheering cheer from outside… I admit, I have no idea who it was, sometimes it was a man’s voice (but certainly not Chris Hemsworth, because he didn’t have an accent), other times it was a woman’s voice. All I heard is: “Come on, my turn! You will succeed, you can do it!” So I did it to avoid disappointment. I completed the last eight hundred metres, which I had to run after completing one hundred and fifty squats, mostly cardio. That was when I really had to summon my running experience to run this killer distance at a steady pace.

We got to the finish line with Briggy in twenty-nine minutes and fifty seconds. After we evaluated this as a decent performance compared to the 50 minute time level, we looked at each other and decided we were pretty hungry, so let’s go make up for the lost calories! 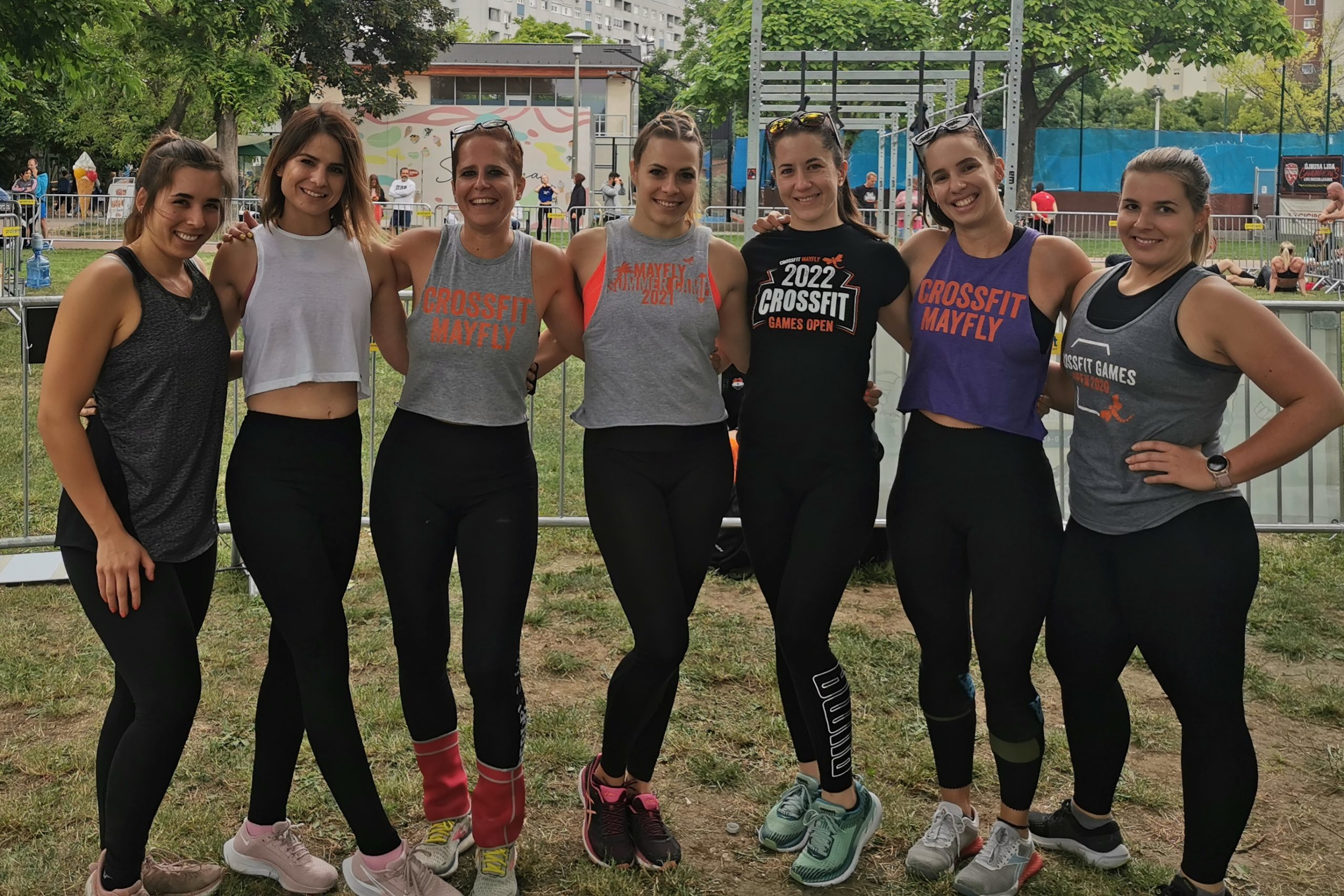 Overall, participating in the Merv Challenge was a great experience. Although I saw the military side of it mostly the next day, I felt like a collapsed army after a battle that even a tank had once or twice passed through. I woke up in the morning and greeted me like an old friend with infernal muscle fever, which I haven’t felt in a while.