The global pandemic is far from over, despite vaccines that fend off the virus in rich countries, according to an article in the Wall Street Journal.

While mass vaccination campaigns are leading Western countries such as the United States, Canada and the United Kingdom to celebrate a declining infection rate and declining deaths, the epidemic in some parts of Asia and Latin America is more severe than ever, leading to an increase in global deaths.

We are witnessing the worst period since the beginning of the epidemic.” Argentine President Alberto Fernandez said late last month.

Argentina is currently facing the longest and most severe wave, with an average of more than 500 people dying every day from COVID-19. The government has implemented more lockdowns, some of the most severe in South America, including trade shutdowns and restrictions on drivers, as well as a complete suspension of religious lessons and services. 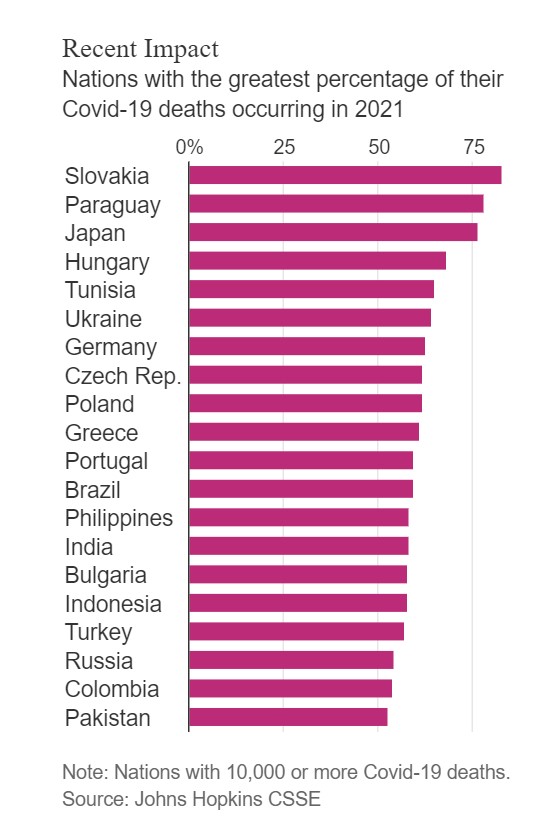 The current Covid-19 load shows a shift between rich and poor countries. In early 2020-2021, Europe and North America accounted for 73% of daily cases and 72% of daily deaths as the virus multiplies in the fall and winter. Right now, regardless of the weather, South America, Asia and Africa are responsible for more than 80% of new cases per day and three-quarters of the daily deaths, according to an analysis by the Wall Street Journal.

According to World of Data, barely 2% of people in Africa are vaccinated, compared to just over 6% in Asia. According to the World Health Organization, 22% are in South America and 40% in the European Union. The figure of 50% for the United States is prominent globally, while the negative record is Haiti, which, in addition to being the poorest country in the Western Hemisphere, has not yet given any vaccines to its citizens.

READ  Netflix consumes most of the world's G7 traffic