The compact iron can handle three 4K displays at the same time, can be easily expanded, and last but not least, it has a 2.5Gb LAN.

Minisforum, known for its fun little machines, has launched a program ELITEMINI TH60Straight TH80 machines, but now all the details about them have been revealed, and the reduced pre-order phase has also begun. 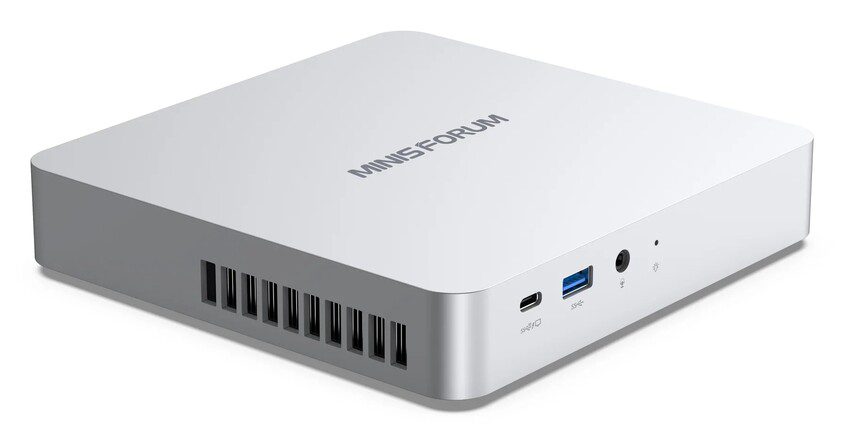 The two configurations differ mainly only in the processor they contain; While the former is powered by an Intel Core i5-11400H 6-core/12-thread processor up to 4.5GHz, the latter is powered by an eight-core/16-thread Intel Core i7-11800H processor up to 4.6GHz. Up to 64GB of memory can be stuffed into two SO-DIMM DDR4 ports, and our external storage devices can be slotted into two M.2 2280 slots that support the x4 PCI Express 4.0 interface. On the network side, there is 2.5 Gigabit Ethernet, but thanks to the existing M.2 2230 Key E socket, we can always equip the system with an internal Wi-Fi / Bluetooth module. 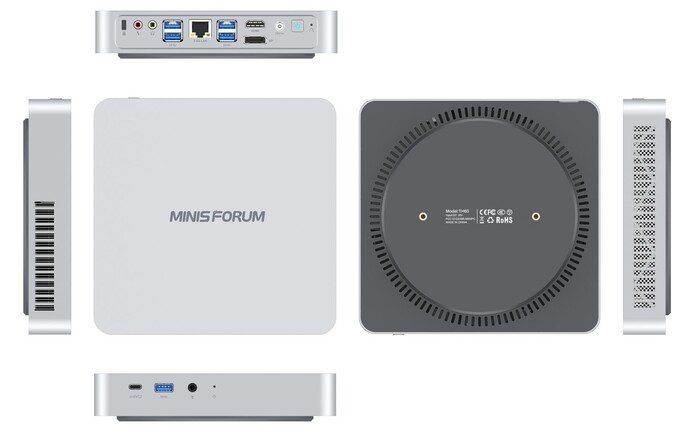 On the front of the perforated case is 182 x 177 x 36 mm with vent holes at the bottom and on both sides, there is a USB Type-C port prepared for video signal transmission, and the company’s USB 3.2 Gen 2 Type-port with a 3.5 mm combo jack, while on the back Four USB 3.2 Gen 2 Type-A connectors, a DisplayPort, an HDMI out and an audio jack are found on the aforementioned RJ-45 connector, as well as a recessed switch that activates the Clear CMOS function. 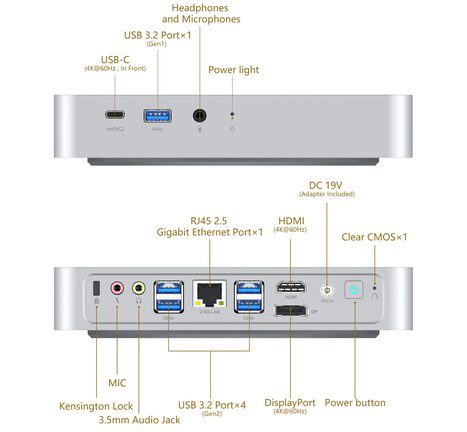 The power supply is of course provided by an external 19V DC adapter (there are US, EU, UK, AU and JP versions as well), and if we didn’t buy the VESA-framed newcomer as a barebones, the pre-installed Windows 11 Pro is also part of the package. 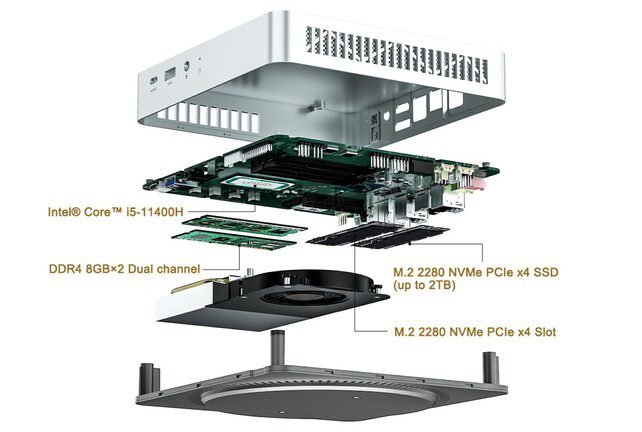 Discounted prices for optional equipment expected to be delivered mid-October are as follows: