It’s nice to live in Pismány. Despite the meaning of the Serbian name of Persian origin – penitent, surrendered – the sun shines very often on the south-sloping hillside, a bright and calm place. It is no coincidence that it was the site of the viticulture of Zintendri and, after the destruction of the phylloxera, the orchard of the Serbs. The taste of the berries here is almost recognizable, as they absorb a lot of sunlight. Postcards from the early 1900s show quite a few holiday villas. On one of them, from afar, a lower and upper narrow building could be seen. It is as if this is the house that was built last year, which can hardly be seen behind the trees, and yet you can look at the city and the Danube from the little tower.

The picture of the hillside has changed since then, almost overnight. For now, the world of enclosed garden huts is disappearing and giving way to a chaotic identity dominated by Mediterranean-style single-family homes and residential properties for investors. Chaba Falcay Getting to know his house was a great pleasure for me. While it relates to the region’s past and present in a number of points, it also defines the foreseeable future. It shows the architectural behavior that can continue on the slope of the hill, what we might call the architectural character of Pismani.

On a small scale, sober logic and restraint, personal architectural details can create a livable universe within a garden, something very likable.

There are five or six other houses around, brothers read: small buildings, about the size of a hut. The holiday buildings stand lightly in their gardens, slightly rising from the burdens of everyday life. Whether they are family-run garden tool cabinets made in the 1960s, weekend homes designed in the ’70s, or contemporary townhouses, they are connected by some endless rational logic, and their appearance is unassuming, proportionate, and utterly unassuming. They hide, but their masking is not artificial, I prefer to say that a sensitive eye notices their beauty. The map of these sympathetic homes is, of course, drawn only in front of a romantic architect, and has nothing to do with the dominant tastes of clients today. However, the appearance of such a house is always promising. Among the many gossip and pretentious buildings, it is probably best to hear of such hiding houses. 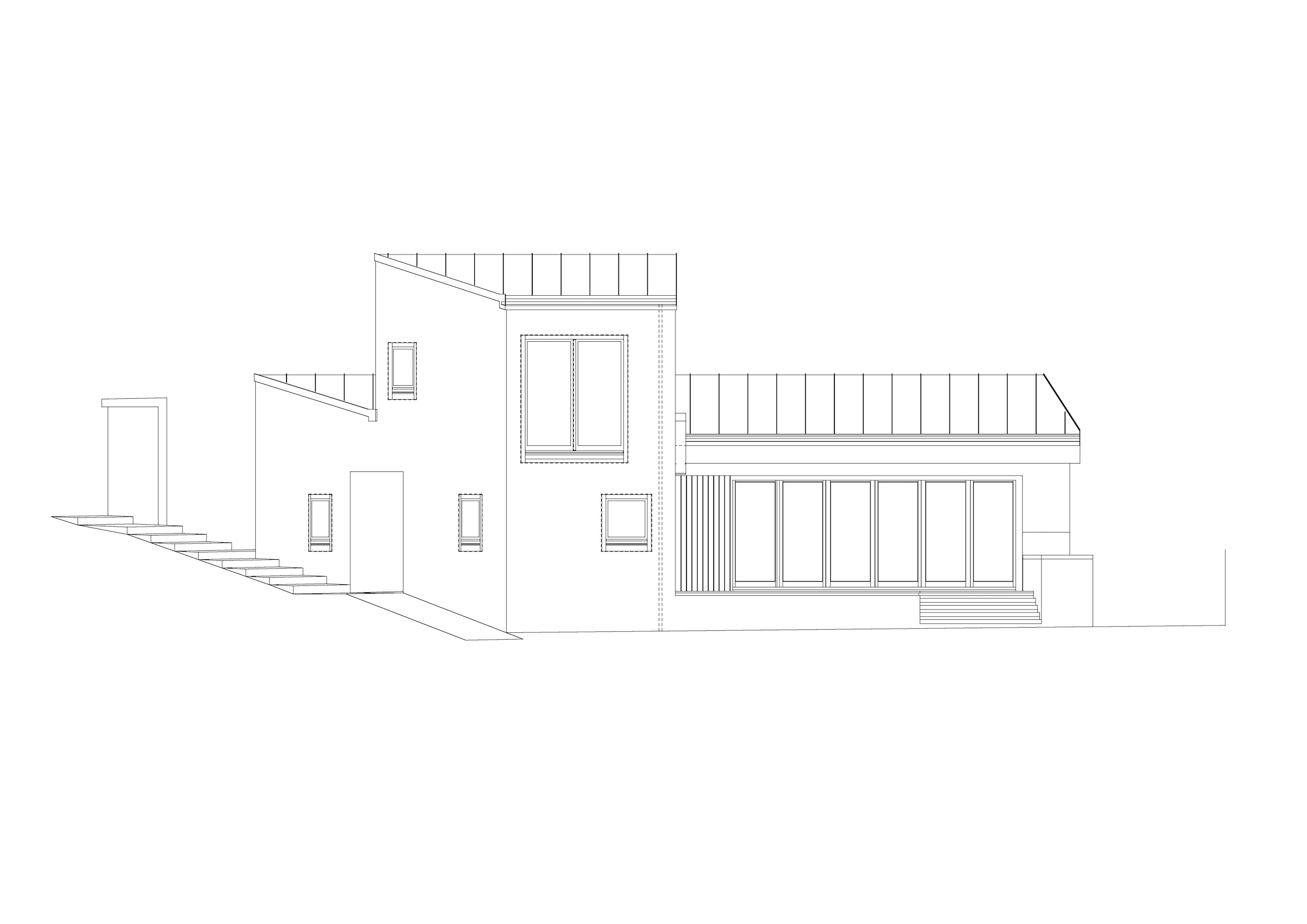 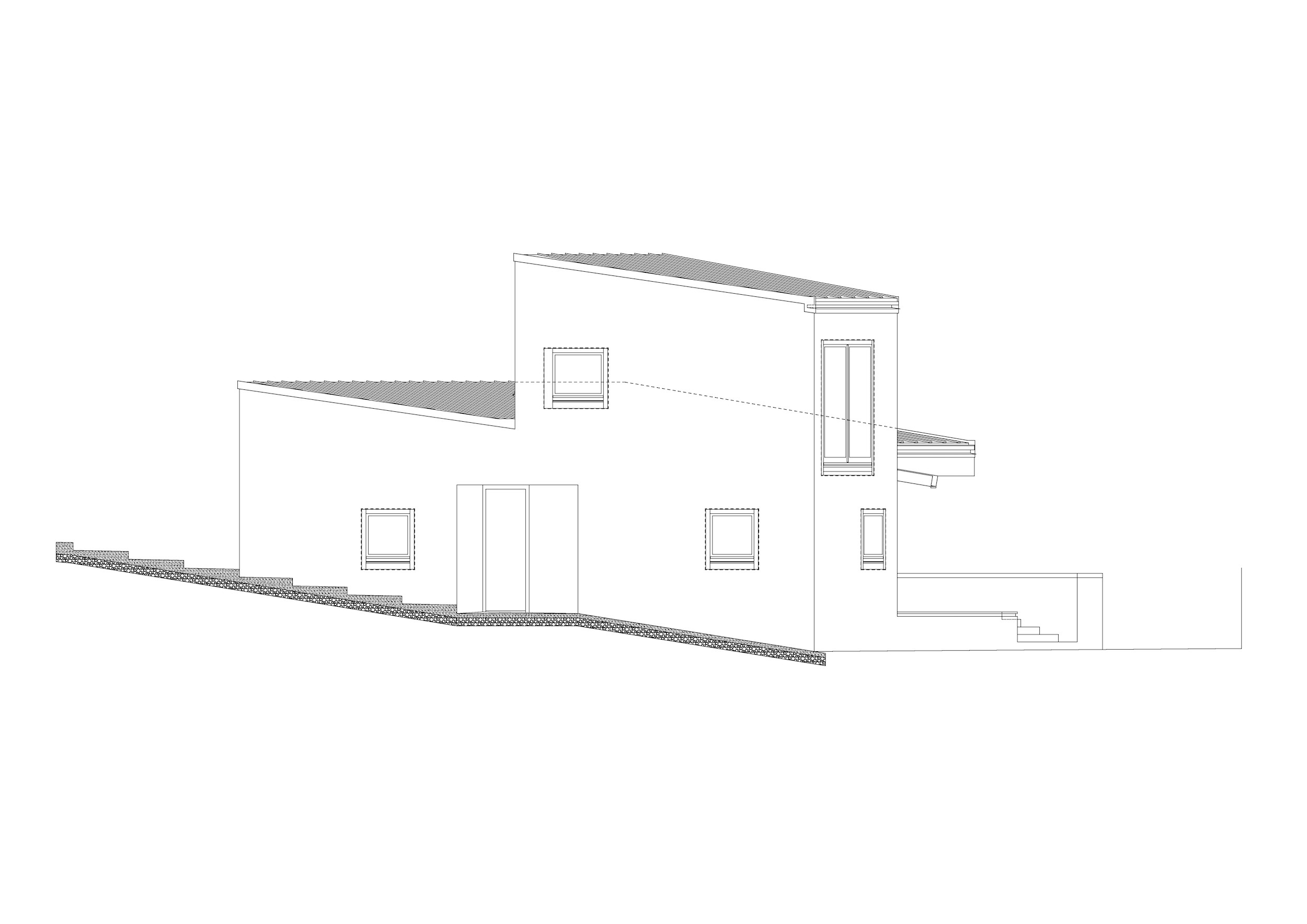 It is especially interesting in this case that we are talking about two buildings: the first is ready and the upper is under construction.

The schemes of the two houses will be placed at the same time, in a common tone, in a solid dialogue, but at a minute distance from each other.

The area’s organically developed infrastructure is usually the result of vineyard routes. Special parking lots have often sprung up, such as the small footpaths that lead to the back of the divided properties. This gravel path also leads to the lower house, as a first sign. At the end is a monolithic concrete gate: a solid, heavy wooden door and a small rain cover. It is not an ordinary garden gate, but a gate with dimensions, which is the second sign of good design.

The vegetation typical of the nearby hillsides of Peles grows freely in the revealing garden, and the intimate world outside the gate is neither grotesque, nor jerky designed. The house, the location and size of which is determined by the boundaries of the construction site, sinks slightly into the slope, the plane of its roof follows the slope of the relief, only the tower room rises from the crowd. This flatness is also subtly present in the interior: the main courtyard of the house faces the valley view, but intertwines the two parts of the garden with the cool lights from the mountain. 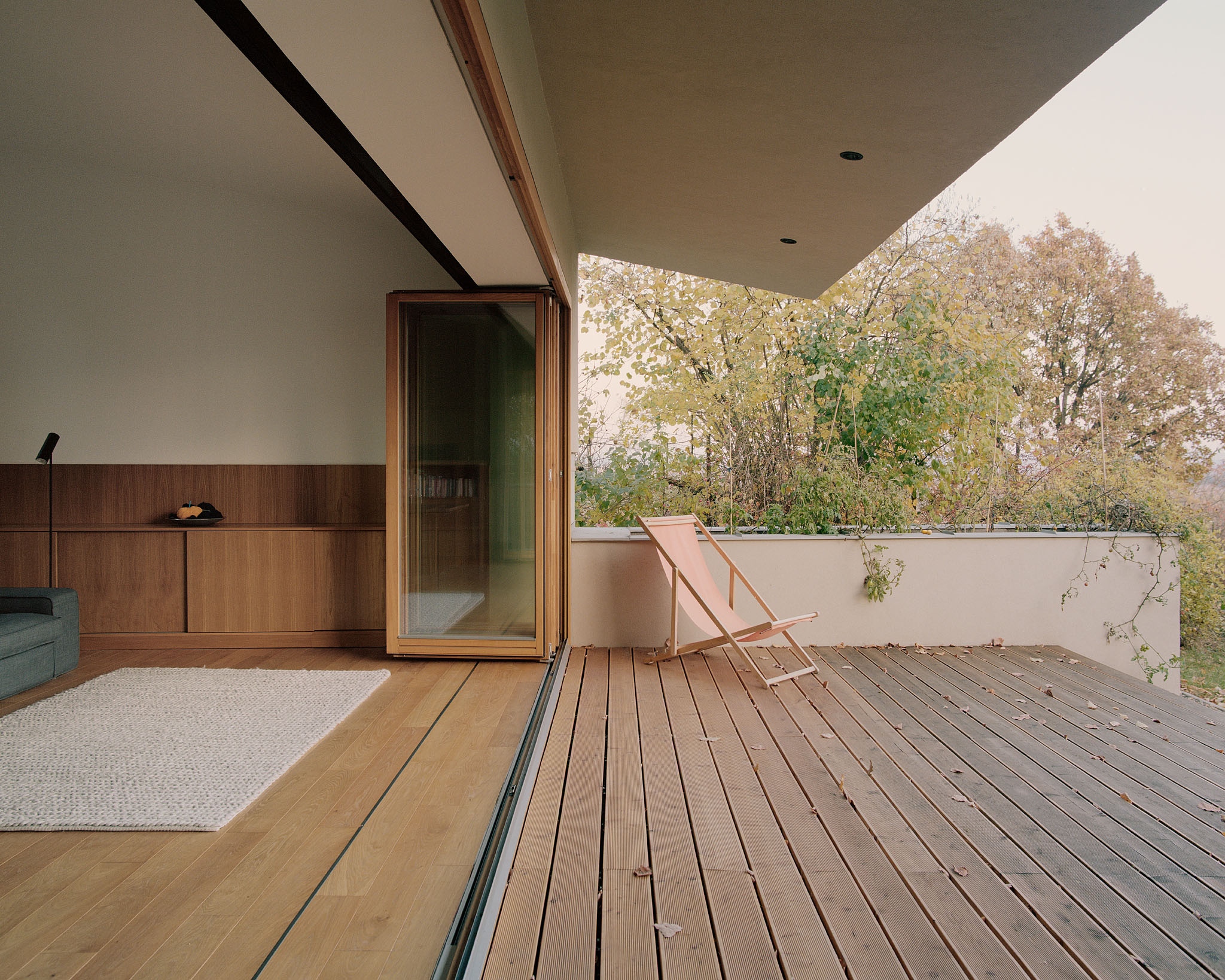 Unlike a well-designed emergency garden, the house has been meticulously modified, with everything inside and out. The boundaries of the rooms, their functionality and size are quite suitable for this. There are two basic types of surfaces that can be seen, white stucco and oak. The rooms are complete with built-in oak furniture, and there is a designated space for the bed, table and cupboard. Lighting is also tailored to each space, including hidden luminaires with a unique design. There are small but well-designed storage spaces: the bench in the waiting room is also a shoe storage room, the chat room in the bathroom is a laundry storage room, and you can even play board games on top of the cabinets that run through the living room area.

In addition to the practicality of the interior, the balcony, which can be opened with the living room, forms an additional space, here the possibility of flexibility appears, in fact, this is the center of the house. A soft, sheltered floor space overlooking the landscape, an extension of the living room. This is where finely tuned block ratios focus, with a gargoyle player port on the side, along with a built-in base gardening bed. The charm of the practical function and the personal architectural details are very similar to the world of modern cottages.

We can also examine the family home in reverse: we need to see not only what was created, but also what was abandoned by the client with a reasonable sense of proportion. The main reason is that it is not possible to see a car from the plot, which is now rare.

An architect’s home is a special kind, not only because it is a very personal formulation of conscious thinking about the home, but also because the architect’s restraint in his role as a client and his self-discipline as a designer are present at the same time.

Point of order and tight control allow you to pay attention to the garden, the landscape, the silence and each other. Far from the dense urban environment, looking at the landscape – if not in such a dramatic fashion as Bella Humvas who lived nearby – we can get to the viewpoint of detachment and retreat into the small universe of the garden itself. 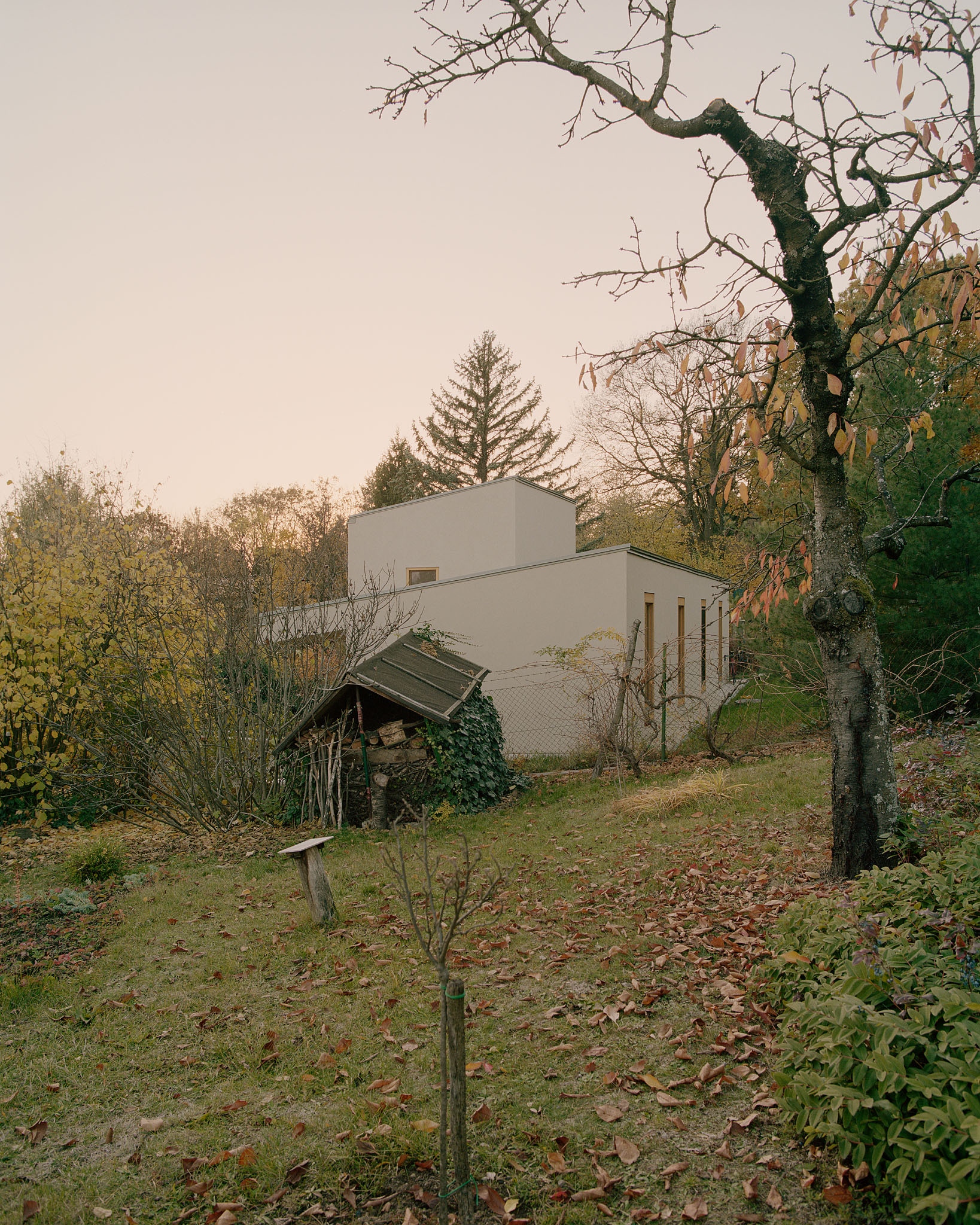