In the evening, the sky will be covered in most areas of Transdanubia and in the northeastern provinces, but in other places the weather is mostly clear. There may be snow and light snowfall in the cloudy parts – it turns out National Weather Service of expectations.

Northwesterly and northerly winds can be accompanied by strong tremors. By dawn, the air cools to between minus 3 and 9 degrees below zero, but it can be several degrees cooler in the less cloudy, windless, snow-capped landscapes.

On Sunday morning west of the Tisza line, the weather will be very cloudy or overcast, and clouds will only decrease as of the afternoon. There is mixed rainfall along the western border, while snow is likely in the rest of western Transdanubia, which is expected to continue all day.

Trans-Tisza is characterized by partly cloudy weather, a snow storm may appear and the sky turns in the evening. The north and northwest winds are mostly strong in the Trans Tissa region, and in some places may develop into storms that can carry snow mainly along the northeastern border.

The National Weather Service expects snow in the northeast and near the western border on Saturday evening. During the shower, thunder and lightning are not excluded. Sometimes strong and gusty winds in the Transdanubian Mountains, possibly in Zapoleks, can cause light snowstorms. 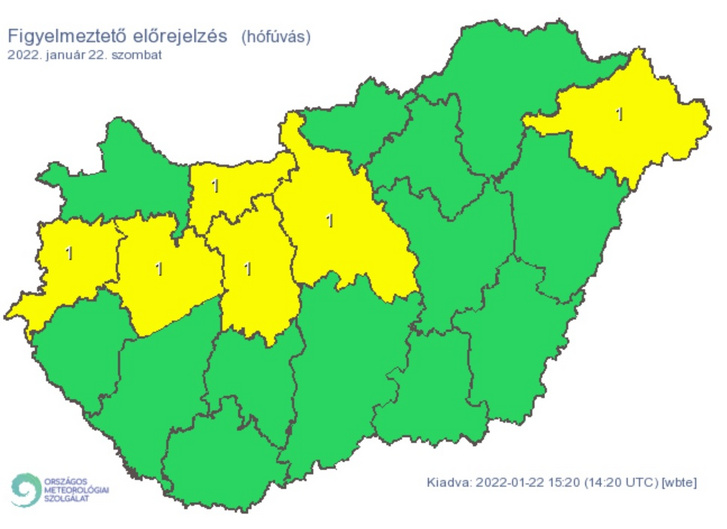 As of Sunday morning, the winds are strongest in the northeastern part of the country, especially in Bodrogkoz, which can increase from time to time, with speeds of up to 60-70 kilometers per hour, resulting in light blizzards. Meanwhile, snow showers are expected in the western and southwestern regions of Transdanubia, from which a new snow cover of 3-5 cm may form, with little probability. The winds will gradually lose their strength in the evening, but in Transdanubia, snowstorms may persist even into the late evening. 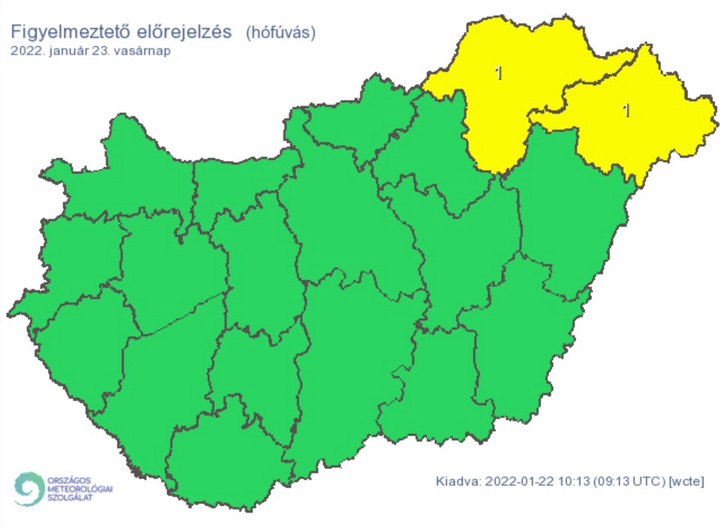 The National Weather Service received loads of pictures of snowfall on Saturday, and they posted a gallery on their community page.