The town’s fuel tank was hit days ago, and nothing remains of the facility and its surroundings. Local residents said that the Russians did not stay in the city itself and said that a dormitory, a gymnasium and several apartment buildings were burned.

Although Russia announced a reduction in combat activity in the Kyiv and Chernivtsi provinces, the explosions that rocked the Ukrainian capital do not prove this. I ask anyone, the answer to the Russian declaration is clear: they do not even believe what the Russians are asking.

Moreover, so many missiles have been launched at the capital and its surroundings in recent days that not all of them fit in with Ukrainian news sources or report everything.

We know the reason for this is that journalists should not cover the areas under attack and photograph everything, exposing the geolocation data of the enemy.

The road to Vasilkiev is easy, the Ukrainians somewhat reduced the number of checkpoints, so they conduct strict inspections on the most important routes. Leaving Kyiv twenty kilometers here and there, there are signs warning of the presence of landmines on the side of the road, but it is not known whether the Russians or the Ukrainians installed them there, if the designated area was undermined at all. However, we thought it best not to investigate the truth.

Typical post-Soviet Vasilkiev seemed extinct, as there were only a few shops and a local gas station open, and the city was filled with a sense of emptiness. There, as in Kyiv, the noise of the explosions could be heard from afar, but it was not possible to determine their source.

Exhibition: You can’t tell if you’re in Chernobyl or near KyivPhoto: Kiss Dániel / Index

We stumbled forward into the city in a monotonous fashion, staring at the paneled shops and empty restaurants that had the best of times. “Nene, the boxing club!” We got into the car while we were just talking about how people in such secluded settlements occupy themselves in peacetime. When we left the closed sports club, a burnt-out apartment house appeared before us, the damage we had never seen before in Kyiv.

It happened a few days ago, on the evening of the 28th. A massive explosion, a fire. I live in the staircase next door, so I was lucky, but my windows were still smashed, and the shelves fell off the wall. An eighty-six-year-old aunt died and sustained such injuries. She was a teacher here, studying English and French, she was a very active lady, still mentally healthy and active. We loved him so much I don’t know if we have any other dead than those who were taken to hospital with injuries

Explains a woman in the destroyed building who was hunting cats in the area when she arrived.

Looking at the building, the meter barely stopped in the victim’s face. Although many apartments remained relatively intact, they became completely uninhabitable. In other parts of the house, a stove or a semi-intact washing machine was used to tell you people had lived there before. 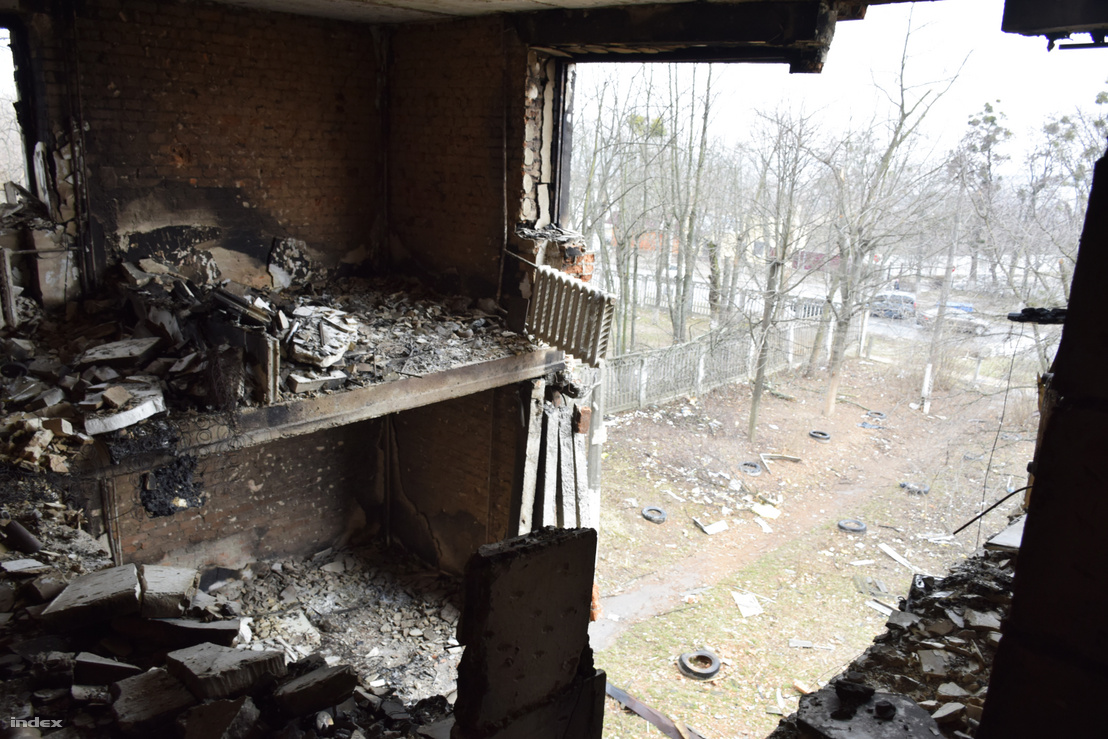 Exhibition: You can’t tell if you’re in Chernobyl or near KyivPhoto: Kiss Dániel / Index

See also  Swallow chicks cooked in the heat of Spain

According to our plans, we will visit several settlements near Kyiv in the coming days and find out the damage and people who lost their homes.