HBCU’s In Atlanta Are Taking Over Hollywood!

Hollywood is known for being the place where some of the best television shows and movies are filmed. People come from all over the world just to tour the film studios located in the neighborhood. However, many may not know that Hollywood isn’t the only place where top film productions take place. Within the past decades, filming movies and television shows in Georgia, particularly at HBCUs in Atlanta, have become more and more popular. Spelman and Morehouse College along with Clark Atlanta University aren’t just known for being some of the best institutions for higher learning but there is a huge chance that a film or show you have seen was actually filmed on one of their campuses.

Have you ever watched a show and during the end credits saw a Georgia peach logo? If so, that show was filmed somewhere in Georgia. Aside from its beautiful scenery, many production companies decide to film in Georgia because the state offers a generous tax credit for those who pick Georgia as their filming location. These tax credits and funding can be very beneficial for the HBCUs located in Atlanta. BET’s new show “The Quad” films on Morehouse campus. Also, “A Different World”, a show that we all love, had many scenes filmed at Spelman College and Clark Atlanta University.

Even though many shows want to film at an HBCU in Atlanta, the schools aren’t allowing just any production to do so. CAU, Spelman, and Morehouse College all have high standing reputations, and the U.S. News and World Report even ranks Spelman College as the No. 1 and Morehouse as the No. 4 HBCU within the nation. All three schools have worked extremely hard to make a good name for themselves, and it’s important to them that any production filmed on an AUC (Atlanta University Center) campus doesn’t go against the reputation they have worked so hard to build.  “We’re always excited to partner with companies,” said Bonita Dukes, Clark Atlanta’s head of business services and facilities management. “but our vetting processes are to make sure whatever the final product is it’s consistent with and does not violate the university and its ethics.” Because of this most reality TV projects that may ask to film on an AUC campus will more than likely receive a no due to the message the shows portray.

Television shows aren’t the only productions being filmed on AUC campuses, and many movies have been shot there as well. Oprah Winfrey recently spent time in Atlanta at Morehouse School of Medicine for the filming of “The Immortal Life of Henrietta Lacks” which she starred in. Also, the historical film “Hidden Figures”, who received the 2017 Screen Actors Guild Award for Outstanding Performance by a Cast in a Motion Picture, was filmed at Morehouse College. A few other classic films that used Atlanta’s beautiful HBCU campuses as a backdrop are “Stomp the Yard”, “Drumline”, and T.I.’s film “ATL”. 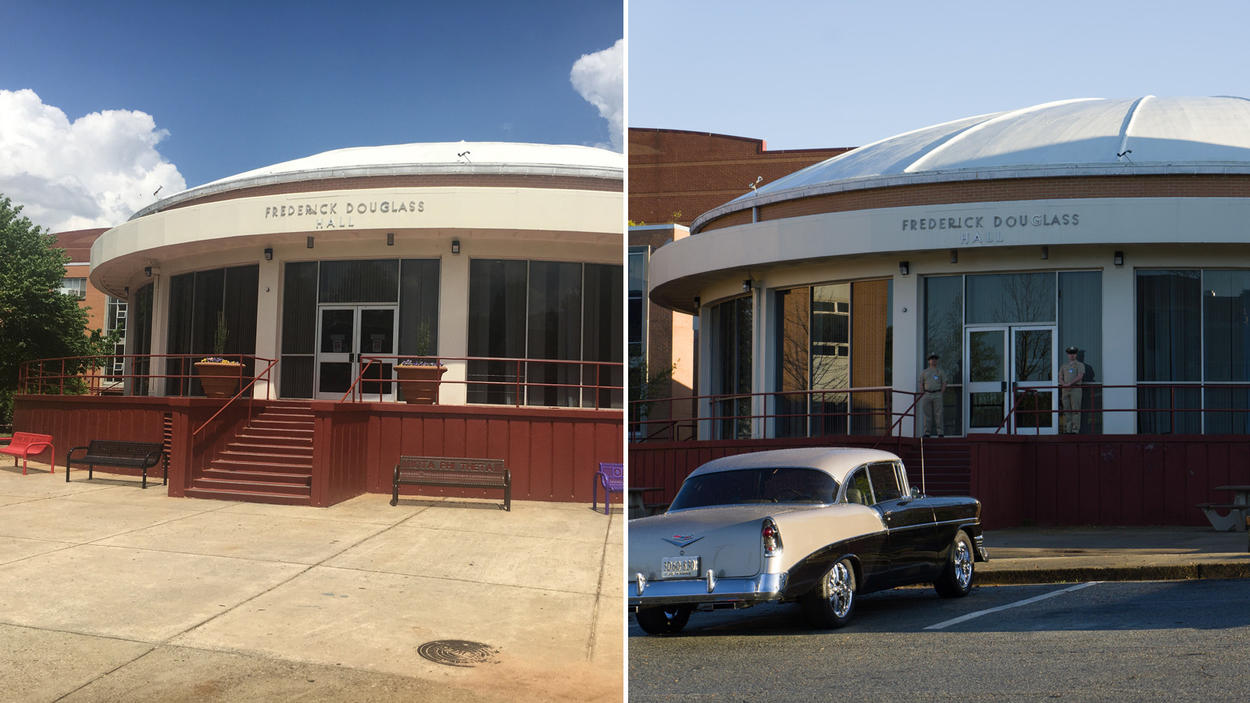 “A location could lend itself as another character that doesn’t speak,” said Rehya Young, a location manager who worked on “Henrietta Lacks” and “The Quad.” “Like the city of Baltimore was in ‘The Wire,’ it’s the backdrop, but it’s really a character.”

Spelman, Morehouse College, and Clark Atlanta University are three amazing higher learning institutions that are filled with history and beauty. This is why they make perfect filming locations for so many top films and television shows. The historic buildings are perfect for time period productions, while the modern buildings are great for productions that take place in current times. So remember the next time you’re watching a movie or show that there is a huge possibility it was filmed on the beautiful campuses that make up the AUC.

Twila-Amoure McDaniel is a college student who is majoring in both communications and film studies. When she isn't in class she is more than likely somewhere making videos for her YouTube channel. Her passions include writing, art, and film-making and she currently has plans on going into the film industry. Twila-Amoure does have crohn's disease, however she is very determined not to allow that to stop her from achieving all of her goals in life. Be sure to follow her on all on her social media platforms @TwilaAmoure and feel free to browse through Campus Lately for more of her work.

Let’s Talk About Self Love!

Four Black Round Table Discussions You Need To Be A Part Of:

Black Girls Get Depressed Too

MELISSA HARVILLE-LEBRON: FIRST BLACK WOMAN TO OWN A NASCAR TEAM