Füzérradvány Castle is located near Sátoraljaújhely, in the Zemplén Mountains, in an unparalleled natural setting, at the foot of Pajna Hill and Korom Hill, on the former Károlyi estate, between water cleaners, springs and filters. According to the 1844 description, there was a “forest rich in beautiful wildlife” next to the castle.

It achieved its present form based on the plans of Miklós Ybl, in an eclectic Romantic style between 1860 and 1870. Its magnificent halls welcome visitors with a pure Italian Renaissance and a garden of more than 100 hectares.

In this you will amaze pedestrians with promenades, bridges spanning streams, fish pond, flat trees, wide linden trees, multi-stemmed tulips and pyramidal oaks with a special climate and atmosphere.

The building closed in 2018 to undergo a renovation designed to evoke the life of a castle hotel in the 1930s. Even before the renovation, this place was a perfect stop on a Zemplén tour, but a visit to the countryside is now mandatory.

“The present Füzérradvány Castle was replaced by a late Renaissance castle building, built in the late 16th century, almost all demolished between 1846 and 1877, when Ede Károlyi built the new U-floor representative castle according to his own castle and Miklós Ybl’s with two wings Neighboring economists from the north. 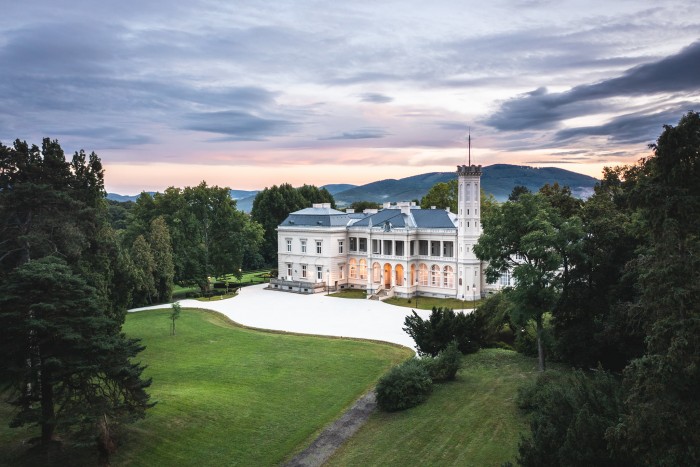 In parallel, the park was transformed into a landscape park, which by the end of the century had already covered 170 moons. Between 1897 and 1902 the south wing was reconstructed according to the plans of the architect Albert Beau, but the work is assumed to be a protracted one, since the architect made plans for this in 1907. Between 1936 and 1938, based on the plans of the architect György Lehoczky, it was converted The building is to a luxury castle hotel. The castle and garden were renovated again in 19-20. It happened at the turn of the twentieth century, when the building was mechanically and structurally renovated ” – Read the official of the National Castle Program and the National Castle Program Facebook page 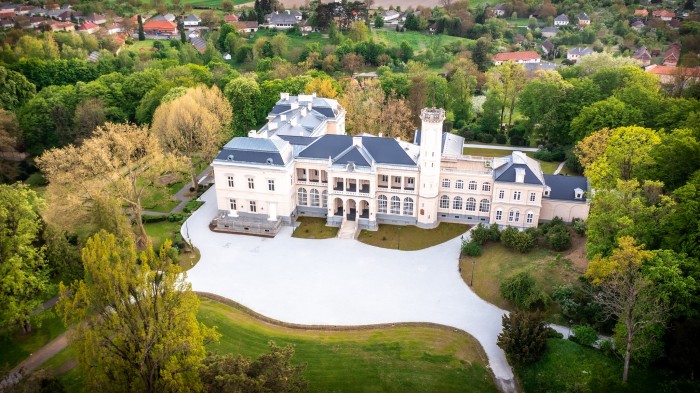