One of the important areas of application of drones is disaster prevention, that is, situations in which people whose lives are in danger must be sought and rescued. In such scenarios, machines are also used to deliver water or food. However, drones have serious limitations in this area: most of their weight is made up of the wing, engines, and other basic technical elements, and they can usually fly at only 30 percent of their own weight. 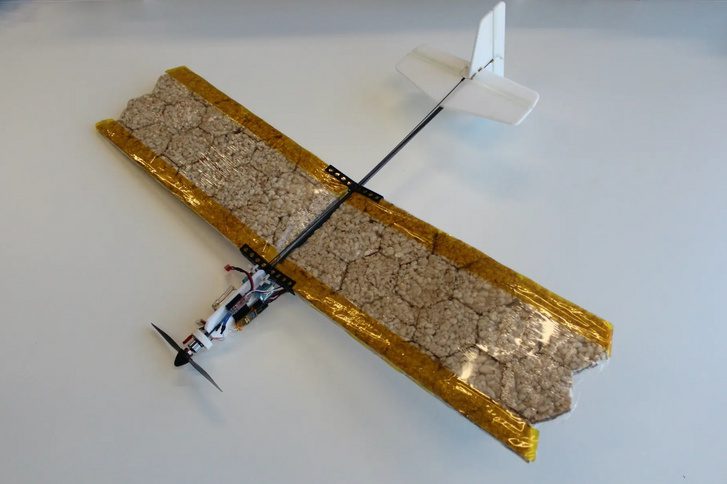 That barrier was broken by a team led by Bukion Kwak, a postdoctoral student at Lausanne University of Technology, who created an edible winged plane, increasing the life-saving payload percentage to 50 percent.

Specialists built the wings of a special rescue plane from slices of fluffy rice. Extruded rice pressed into tablets is light and firm, somewhat similar to Styrofoam, if not just as strong. The widely known rice chips suitable for construction were made by laser cutting them into hexagons and gluing them with gelatin. The wings are protected from moisture moisture with plastic packaging.

The nutritional value of fluffy rice does not match that of chocolate, but with its energy content of 3,870 calories per kilo, it is in the same weight group as pasta, that is, it is not, because it is much less dense (and can be eaten without cooking). An airplane with a wingspan of 70 cm has about 300 calories in its wings and can carry an additional 80 grams of payload, water or medicine.

The chassis has of course been tested to be able to fly. Bokyun Kwak explained that in addition to the fact that their drone is both accurate and fragile, it is also able to travel longer distances, which can be an important factor in the case of a rescue, for example on a mountain. The team will develop the drone with 3D food printing and additional edible parts, created as part of the European RoboFood Program for Edible Robots..