Probably there is no one in Hungary who does not know Gyorgy Korda’s song Reptér. The popular video clip, written by Peter Matei and Istvan S. Nagy, for the first time in 40 years, and the singer has now renewed it for their anniversary. The fact that Budapest Airport celebrated its 70th birthday last year, the celebration of which had to be postponed due to the pandemic, gave a perfect idea for this. By the way, Budapest Airport wanted to make the anniversary unforgettable with György Korda already in 2020, which, despite the slip, was finally able to come true as originally planned.

The new clip, directed by András Galler “Indian” as director, was made for a more modern version of the airport last year. Klári Balázs also contributes to this release, which also played an important role in the short film.

Giorgi Korda was photographed at the airport

The video, filmed by a crew of approximately 40 people for two days, shows both the old and new locations of the airport: the central hall and the interiors of the aforementioned Terminal 1, but Terminal 1, which was delivered last year, can be seen and will be completed In 2019. It became a passenger berth for side B, and the SkyCourt Central Building as well.

When asked about the pointer, György Korda said that the dream came true by participating in the promotion of aviation, because during his career he has traveled around the world several times sitting on an airplane. Just like Clary Palaz, who, unlike him, is terribly afraid of air. According to her husband, this will certainly change now, as if she resumed air traffic with her song, she would not only reassure the passengers, but also Klárika.

See also  Tom Holland is so far away from WandaVision that he can barely stand Kevin Feige's constant questioning from the end.

The spouses threw themselves into work with great excitement, which, according to the Indian employee, with Uncle Gyuri is not at all complicated. This isn’t the first time a professional has worked with the singer who claims to be 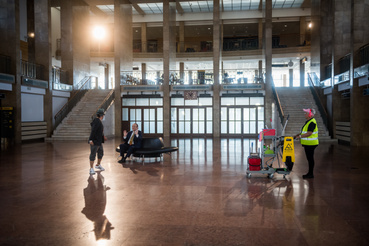 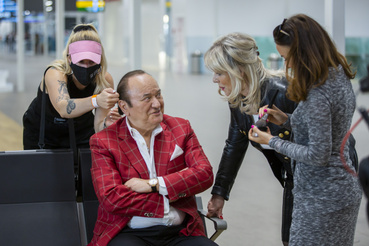 Budapest Airport staff are also happy that György Korda accepted the invitation to collaborate. Catalin Valentini, the company’s director of communications, is pretty sure it was the best idea to take out the perpetual hit, because she believes that after a long hiatus due to the pandemic, it will make people want to travel again. They felt that reshooting the clip was their mission, as the song is considered the anthem of the journey. They are confident that with the new clip, they can finally say goodbye to the travel restrictions that have lived with us for a year and a half, and welcome not only the 71-year-old airport, but also the opportunity to travel freely.

The new clip for “Airport” will start on July 5th.