Show jumping competitions resumed in April after nearly two months of rest for the riders, with the Covered Finals canceled in March due to an infection with the equine herpes virus. On the first of March, the International Equestrian Federation decided to suspend international competitions in 10 countries on the European continent with immediate effect until March 28 due to the strongly spread form of the nervous system from the equine herpes virus. The outbreak was spotted in Valencia, Spain, on the Valencia Spring Tour, with 752 horses participating. In accordance with the recommendations of the International Federation and the regulations issued in neighboring countries, the Presidency of the Hungarian Equestrian Federation decided to suspend equestrian competitions for the first time in April of this year. 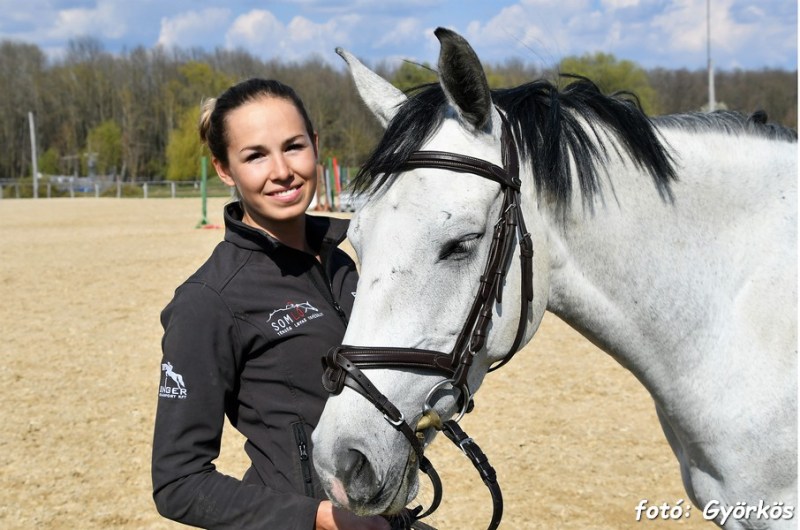 We discovered that “in this first race, riders and horses were performing an imperative relief.” Anger Vanitol, An executive competitor of the equestrian association of the Somló region, and a member of the board of directors of the Veszprém County Equestrian Clubs Association.

“The most important thing is for everyone to be able to put their knowledge together in their heads for the three days of the race and to sit firmly and confidently in the saddle. Good results were achieved, but in the post-competition evaluation, everyone highlighted the experience and the good team atmosphere. Adrian Takax There was someone who managed to stand on the podium three times, and won first and third places in this match.

At the end of April, events accelerated, and the strict rules for participation were relaxed, as the organizers had until then accepted the entries of only 90 people, although they were still behind closed doors between 23 and 25 April, but kept the competition in Balatonvilágos with a busy field, where it was There are 649 starters. The Ajka team was named with seven competitors, and Anna Rapa, Blanca Katona, Lily Nagy, Timia Horvath, Adrian Takax, Hannah Wax, Fanny Unger The breakup he encountered had difficulty in the strong field, often deciding the fate of first place in tenths of a second, he could slide off the podium with a flawless ride.

His lips also succeeded in the three days of the national competition, finishing second in the 5-year-old horse race with a horse named Unger Fanni Rubint at a height of 110 cm, and the first in the Petra saddle at 120 cm in 6 years. – Ancient horse competition. Wax henna Rapa Anna Radihaza took second place at 115 cm with his horse called caviar, and finished fourth with an impeccable ride on the back of Huncott. In the Big Lili Hunter saddle, she placed fourth on the third day of the race on Sunday at 85 cm and fifth at 100 cm. 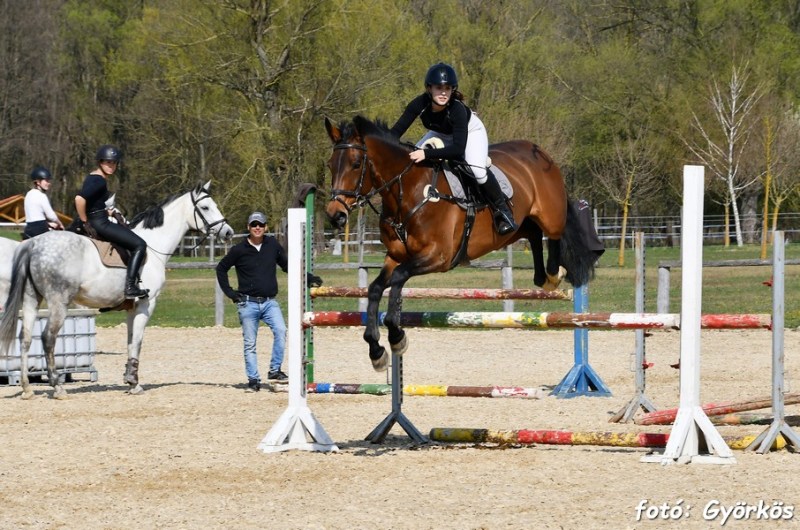 At the beginning of May, between 7-9, our jockeys also started in the preparatory and national competition in Balatonvilágos, 187 riders, 281 horses, 38 races were celebrated on these three days. On Friday the seventh, they were instantly richer with 3 medals, and Unger Fanny also won in 100 and 105 cm, in 110 cm. Tímea Horváth Dorca rode to third on her back without a mistake. The series of successes continued on Saturday, with a 120-cm-long henna ride for a foot and 125 cm fourth. On Sunday, Fanny was awarded another 100 cm tall gold, which brought the number of medals to five.

“We are delighted to be able to present the shape we have set as our goal in preparation for the beginning of May. Although there were slight difficulties and pitfalls, in the non-competitive period we tried to develop stamina and be more focused, as the three-day competitions required a lot of energy from each.” Of horses and knights. “

“All this was a good experience for the Bertalan Nemethi Regional Competition, which will be held in Babylon from May 21 to 23, and now we are preparing for it with all our might, and we want to return home with a great performance from there,” he added.

We wish the team good races in the future, and hope the success continues.