It is not the first time, but now a Facebook scam has appeared again, some people are misusing Samsung name and trying to collect posts and followers. According to the announcement, “350 of the latest phones” will be delivered.

A recently created fake Samsung profile announced a prize game for the manufacturer’s 36th birthday. This is where the problems begin, because Samsung was founded in 1938, although at the time the company still traded in dried fish and other food.

According to the promise, those who share the post and wish a happy birthday in a comment will receive “350 of the latest phones”. 350 mobiles per capita would be quite a lot, but let’s not stop there. The exact type isn’t mentioned in the description, but the photo shows the Note 20 Ultra, which is already a two-year-old model, so it has a lot of newer models.

The Mail It is spreading fast, it was only created recently, but it is being shared by more and more people. Report as many as possible by clicking on the three dots in the upper right corner (and yourself a Facebook account also). 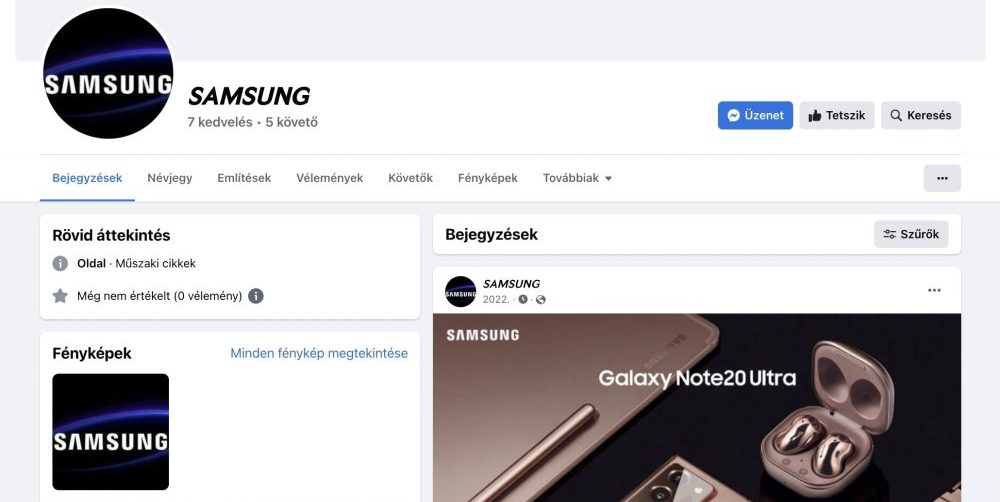 By the way, you will not even be able to create a Facebook page with the name Samsung, this is filtered by the Facebook system by default, but as you can see, it is relatively easy to cheat if someone uses non-standard characters.