Although we waited until September based on the latest news, the final version of Android 13 has already been released. It’s already available for download on supported Pixel phones, and a bunch of other devices will be updated soon. Let’s look at the most important information!

Android 12 debuted on October 19 last year, so Android 13 arrived early in comparison. At the moment the new system is available for the following devices but the list will be expanded soon:

The program itself does not hold many surprises, since there was a beta test period of several months, during which most of the innovations have already been revealed, but let’s take a quick look at the most important ones.

Basically, the appearance has not changed much, the materials you design are still with Android 12, the essence of which is that the colors of the system are set to the selected wallpaper. Of course, they refined its operation, for example, now the icons of external applications do not go out of line, and we have new options for choosing color schemes.

Another small but interesting innovation is that the appearance of the music player widget is modified according to the current track. 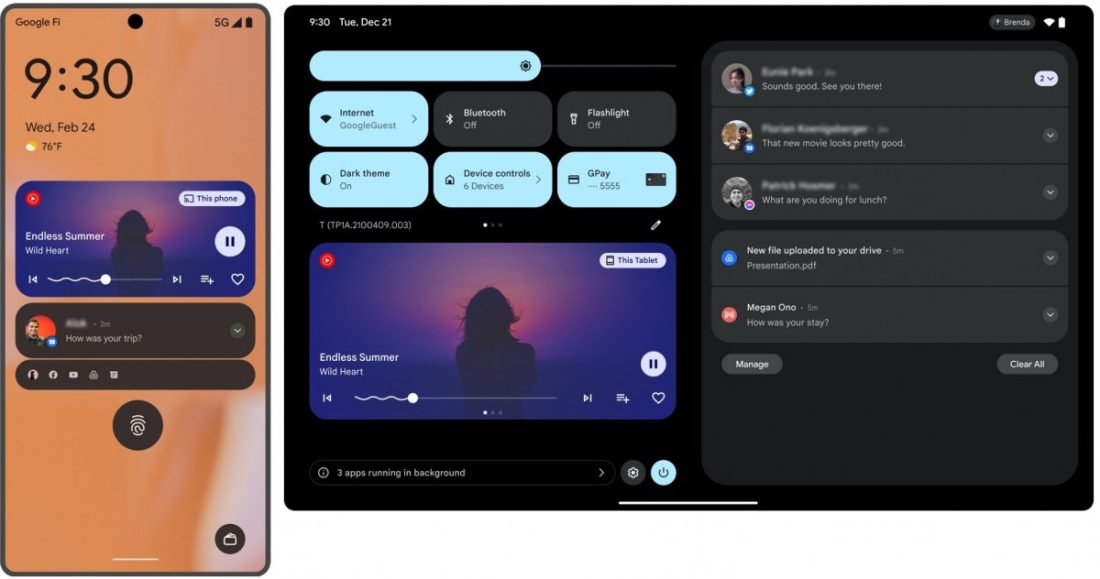 A useful option is that the language can now be set separately for apps, and the big change is that individual apps can no longer send notifications automatically, only after they have been given permission to do so. This way, there will be much fewer unwanted annoying signals.

It is also about the permissions that from now on it is not necessary to give an app access to all media files, if we want to share a comparison or a video, and Google has also taken care of protecting sensitive data copied to the clipboard, which is why it will be deleted after a certain time.

There are also innovations in the audio field, as Android 13 already supports the Bluetooth LE Audio and Spatial Audio standards. We will be able to take advantage of these with a suitable headset.

Of course, that’s not all, Android 13 has brought a lot of other innovations, for example, a lot of improvements have been made in terms of appearance on large screens (tablets, bendable devices).